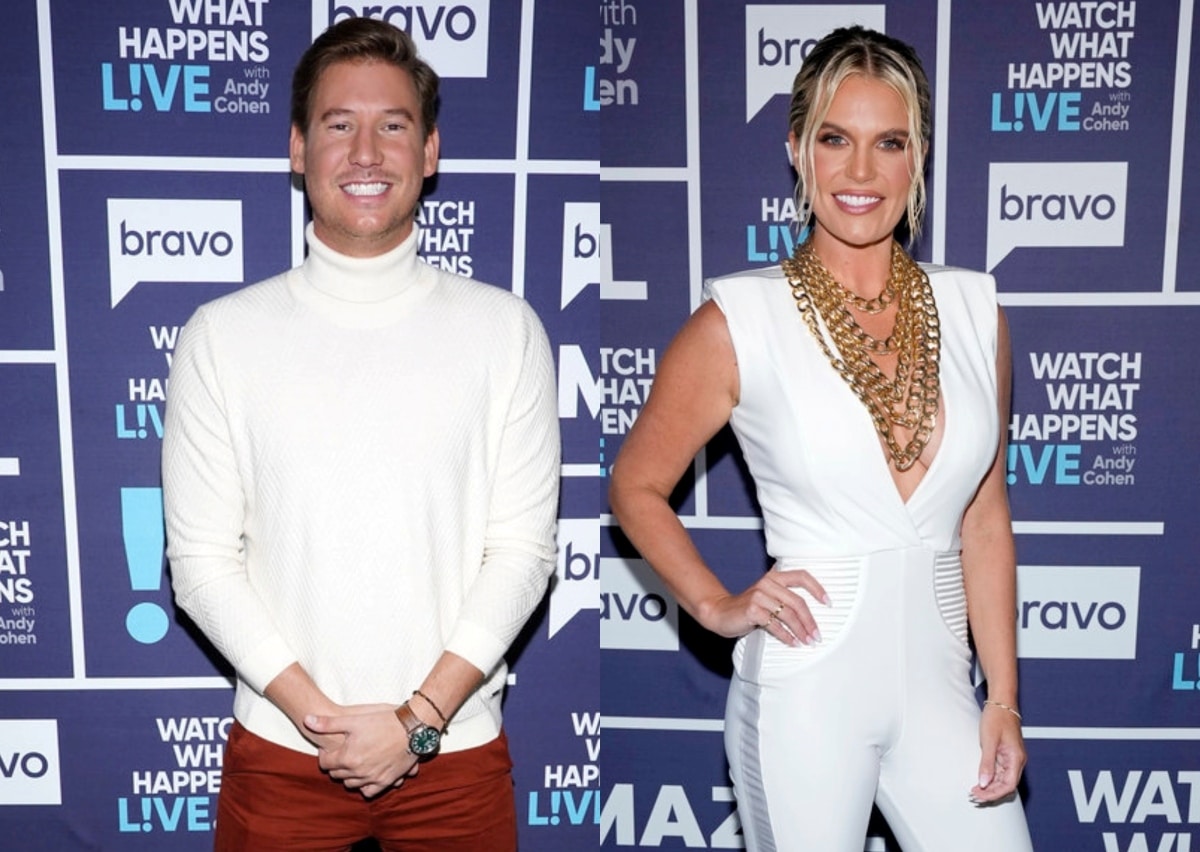 Austen Kroll and Craig Conover were featured on Tuesday’s episode of Watch What Happens Live, where Austen was asked about a number of hot topics pertaining to his relationship with ex-girlfriend Madison LeCroy.

After his current flame, Olivia Flowers, said on Andy Cohen‘s late-night show earlier this month that Madison was sending her beau “late night texts,” the Southern Charm cast member clarified the nature of the messages while also addressing his recent drama with Below Deck chef Rachel Hargrove and reacting to Madison’s claims of the show making her “heartless.”

“I have received texts from, I would not refer to them as ‘late night texts.’ It’s not like, a salacious thing going on, but yes, sip that tea and know that there were some texts happening,” Austen said of Madison’s messages on the September 13 episode of WWHL.

With BravoCon 2022 coming to New York City next month, Andy wanted to know if there was anyone Austen wasn’t looking forward to seeing.

“Well, is that chef from Below Deck going to be there because I would not like to see her,” Austen declared. “[She came out of me] out of left field. And we were friends. She reached out to me to hang out in Florida. I was just shocked, and I didn’t say anything back because I didn’t want to perpetuate it, but that was interesting.”

After Craig denied Austen is still in love with Madison, saying, “That is an emphatic no,” Austen shared his thoughts on her recent claims of being “heartless” and trusting no one on the show.

“I don’t think you should live like that and feel like that,” he stated. “I feel like we’ve all maybe felt that way at some part in like a down time, but I hope that she doesn’t continue to feel like that because nobody should.”

Another fan wanted to know why Austen didn’t give Venita Aspen a heads up about why he wasn’t going to invite her to Friendsgiving and suggested Madison was dictating his relationships with the cast.

“I feel like I did tell her. I will make that right, I guess,” he replied.

Later, on the WWHL: After Show, a virtual audience member questioned Craig about whether or not he’d attend Madison and Brett Randle‘s upcoming wedding if he were to be invited.

“I would consider it, yes. If I could make it happen, I would go,” he replied after encouraging Austen to “cover [his] ears.”

But according to Austen, Craig attending the wedding “wouldn’t bother” him.

Austen then said he doesn’t “think [Brett] wants to” film Southern Charm as Craig confirmed he and Brett had met.

Also, during the live broadcast, Austen revealed what he’s most looking forward to addressing with Madison at the reunion.

“Why she still wants to mess with me as much as she does,” Austen shared.