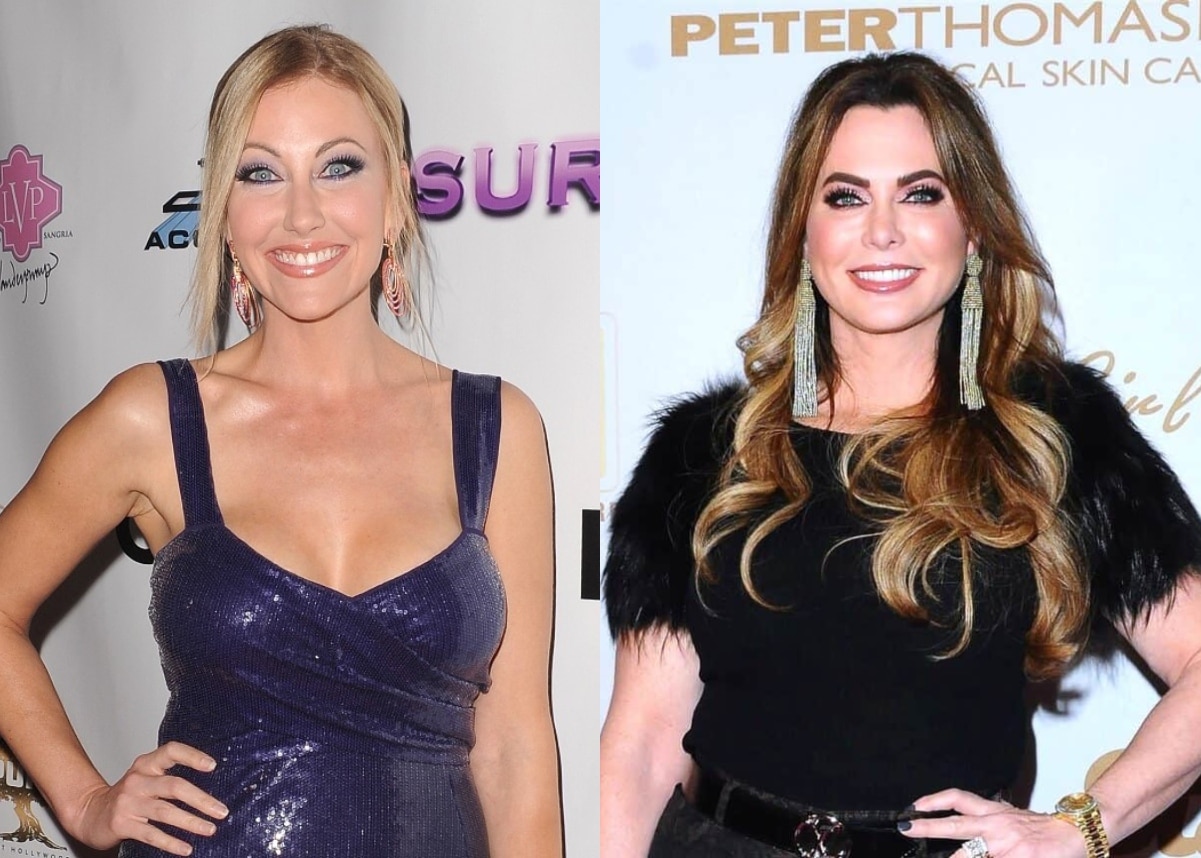 Stephanie Hollman and D’Andra Simmons are reportedly expected to have roles on the allegedly upcoming sixth season of The Real Housewives of Dallas.

Just over a year after Bravo confirmed there were “no plans” for another season, potentially because they “couldn’t find the right mix [of cast members] that made sense,” and months after an insider claimed the series would be brought back in 2023, a new report has revealed that a sixth season of RHOD is coming soon — with an announcement expected at BravoCon later this month.

“According to a post on [Bravo and Cocktails on Instagram], Stephanie Hollman and D’Andra Simmons are set to return to The Real Housewives of Dallas for season [six], which will be announced officially at BravoCon!” the Real Housewives Franchise on Instagram revealed to their fans and followers on October 10.

Meanwhile, in the Bravo and Cocktails report, it was stated that D’Andra and her mother, Dee Simmons, would be in attendance at BravoCon to participate in the alleged announcement about the new season.

“Expect D’Andra [and] her mom to come out at the Dynamic Duos WWHL where it will be revealed Real Housewives of Dallas is coming back,” their insider stated. “Stephanie is the only other Dallas housewife who will return to the show but she’s not expected to be at BravoCon.” 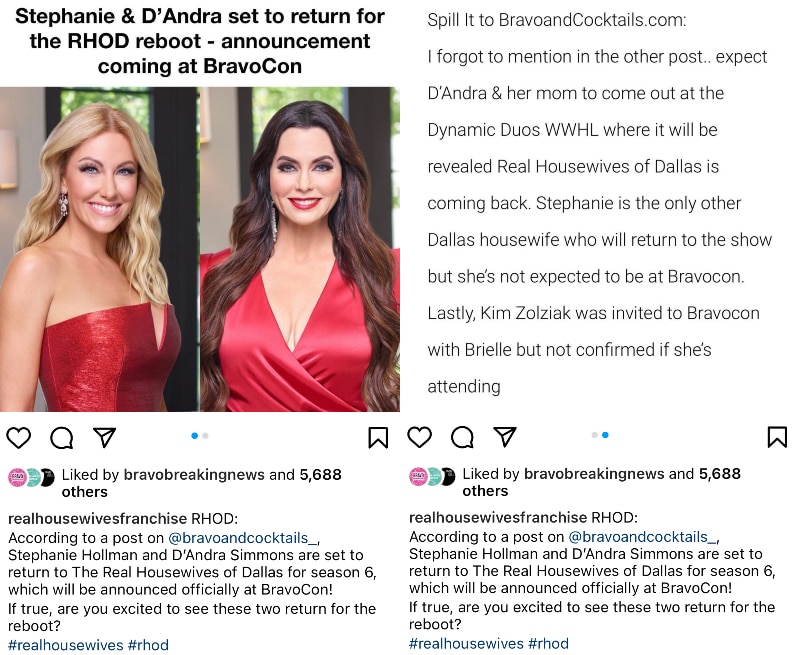 At the end of last year, months after RHOD was canceled indefinitely, Andy Cohen took to his Twitter page, where he answered a series of questions from his followers, one of whom asked if RHOD could potentially return for a sixth season on Peacock, which offered Real Housewives fans a fourth season of The Real Housewives of Miami eight years after the series’ third season concluded on Bravo.

“Do you think Peacock would ever pick up [RHOD] for a reboot?!” a Twitter user asked.

And a short time later, in March of this year, amid rumors of a possible reboot, Stephanie weighed in.

“No one has reached out to anyone about a reboot. If it happens I think it will be a few years down the road,” Stephanie confirmed at the time.

No word yet on whether the alleged sixth season of The Real Housewives of Dallas will air on Bravo or Peacock.