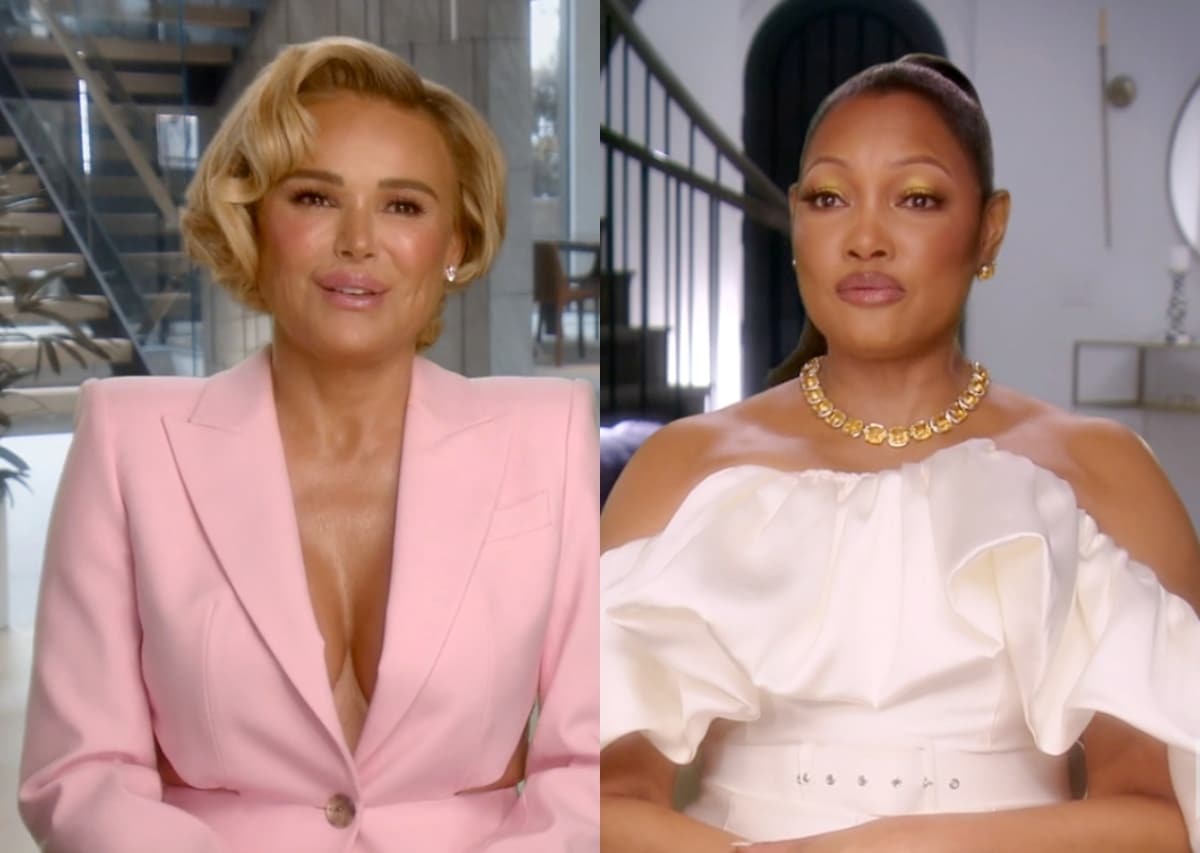 Diana Jenkins took to her Instagram Story over the weekend to call Garcelle Beauvais out over a conversation she had with Sheree Zampino on last week’s episode of The Real Housewives of Beverly Hills.

After Garcelle was seen telling the new “friend” of the show how hot she was about her encounter with Erika Jayne at the group’s disco party, noting that she wants nothing to do with her and wouldn’t throw water on her if she was on fire, Diana slammed Garcelle for laughing about someone burning to death.

“In what world is it OK to laugh about watching someone burn to death?” Diana asked in a Story re-shared by Bravo Snark Side on Instagram.

She then took aim at Sheree, who told Garcelle she should “at least spit on her”

“Spitting on her? Speechless,” Diana wrote, encouraging the cast to “wake up.” 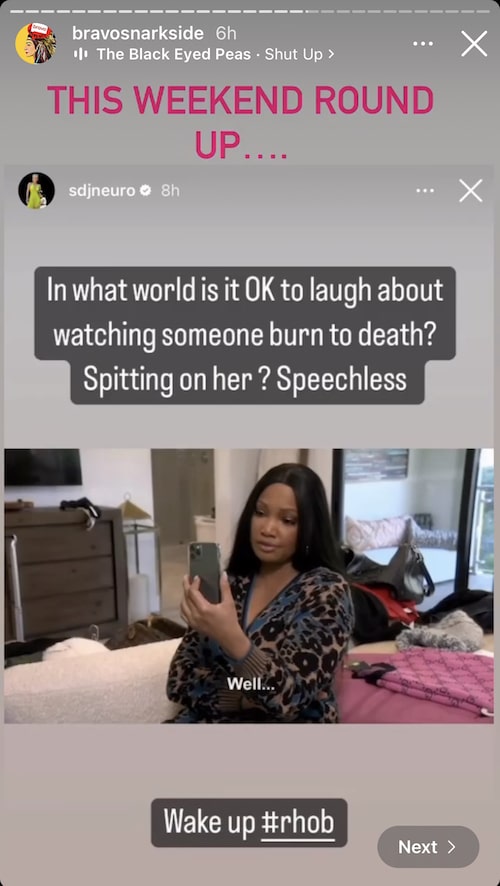 In recent weeks, tensions between Garcelle and Diana have been high. And at the end of last month, both Garcelle and Sutton Stracke, who feuded with Diana throughout RHOBH season 12, unfollowed Diana on Instagram amid rumors claiming she or other members of the cast could have potentially been behind the alleged bots harassing Garcelle’s 14-year-old son Jax (they’ve all denied such thing).

Days ago, amid the latest RHOBH: After Show, Garcelle took aim at Diana for her recent verbal attack against Sutton, during which she laughed while calling Sutton a “c-nt” and told her she has no friends.

“She was evil. That was really like, like nothing I’ve ever seen,” Garcelle admitted. “It was just uncalled for… I felt like Diana just cut to the core and just said some really really hurtful things… And then as part of a group.”

Also on the show, Sutton described Diana’s behavior as “very low” after she used her miscarriages against her.