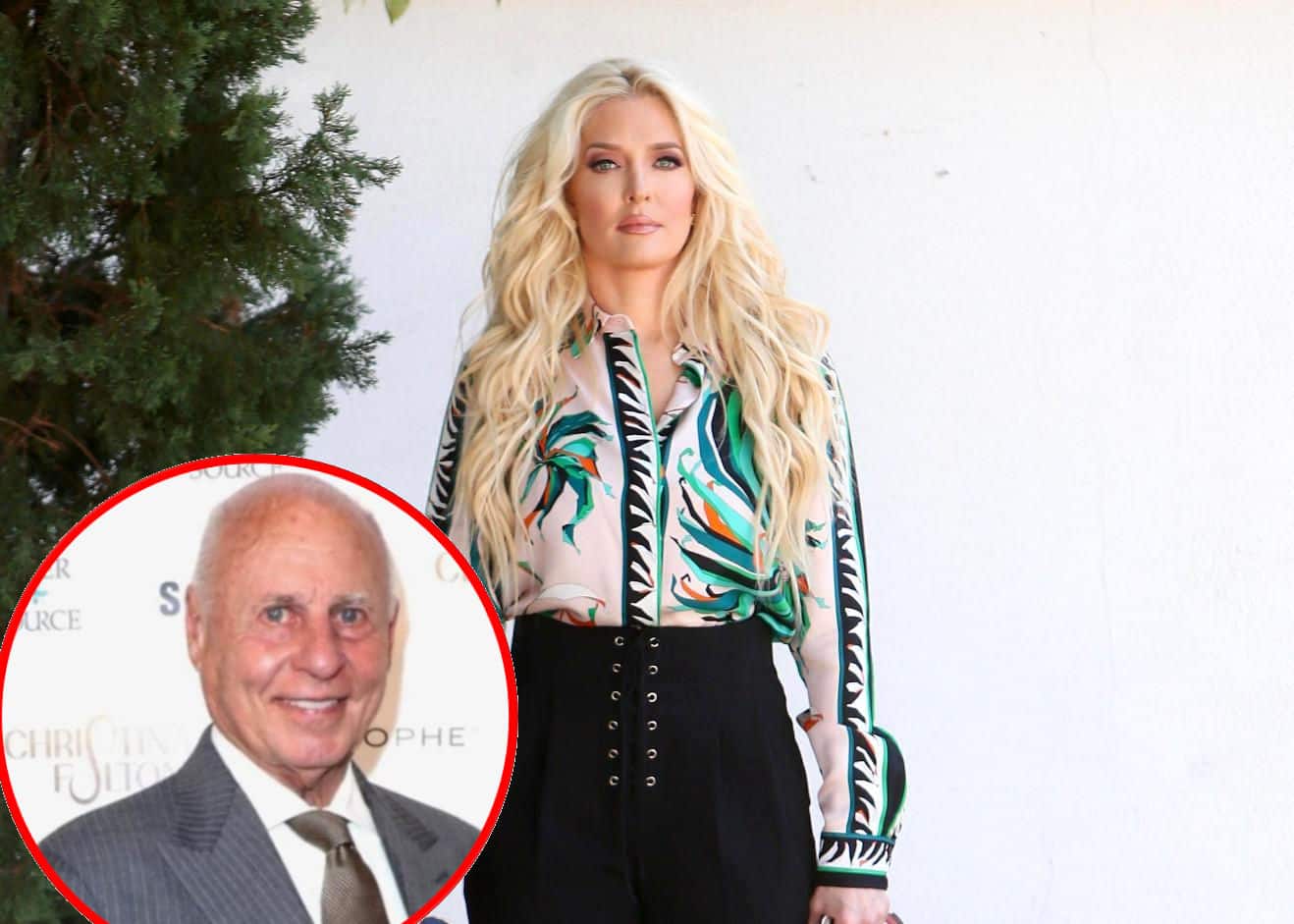 Erika Jayne said she is unable to pay the $2.2 million in taxes she owes to the state of California for 2019 in June. And now, just months later, she’s reportedly facing an additional $4.5 million in overdue taxes for the same year.

According to attorney Ronald Richards, the Real Housewives of Beverly Hills star is liable, and could soon be forced to pay, the overdue amount after the IRS filed a claim against her estranged husband, Thomas Girardi, who is currently in the midst of bankruptcy.

“This is a revised IRS claim for $4.5m against Tom Girardi which includes the 2019 tax year,” Ronald tweeted on September 12. “Erika Girardi is liable for these taxes as well. These include her income from EJ Global LLC. At some point, her wages will be attractive to the IRS instead of waiting for [Thomas’ bankruptcy] to end.” 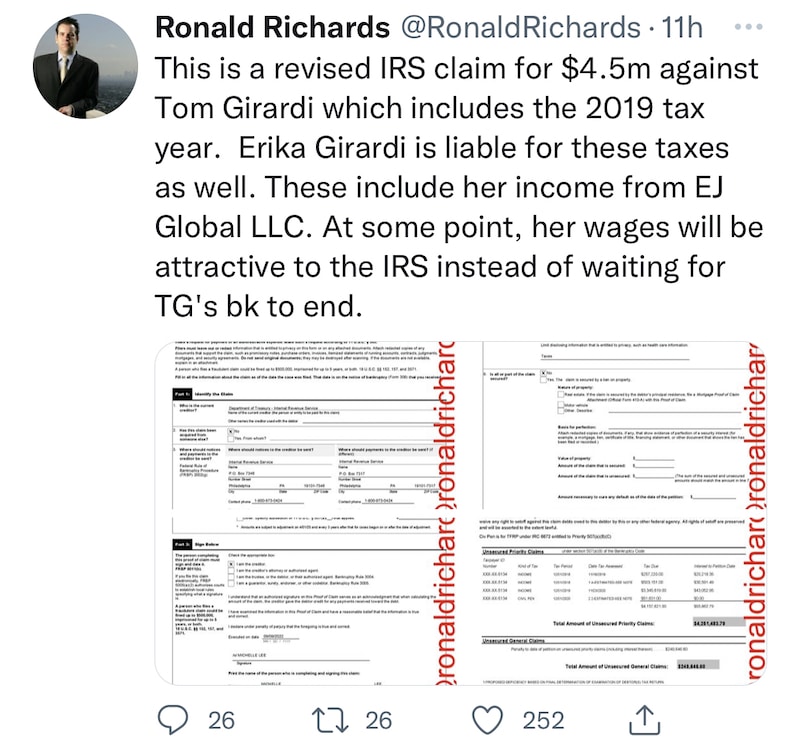 In another tweet, Ronald shared a motion filed by attorneys Philip R. Sheldon and Robert P. Finn, who recently lost a  $5 million case they filed against the RHOBH cast member on the grounds that her involvement in Thomas’ legal misdeeds could not be proven.

“Here is a copy of an opp. refuting Erika’s attempts to exculpate her company from liability where it is undisputed the company received [$25 million],” he wrote. “Her company did file a prior motion, yet, Erika is trying to get a 2nd bite of the apple, willful blindness! ”

Back in December 2020, a number of past tax liens placed and later released against Erika, including liens in the amounts of $1.07, $3.22 million, and $4.56 million, were revealed. Then, months later, amid Thomas’ bankruptcy, it was noted that the California Franchise Tax Board had filed a tax claim against the ex-attorney in the amount of $5,373,045.55.

A short time later, it was noted that Erika, whose company, EJ Global, was suspended earlier this year by the California tax board, was considering filing for bankruptcy.

“[Erika] was hoping that her Bravo salary and endorsement deals would cover overhead costs, but they don’t, and she’s too proud to ask the other Housewives for a loan,” an insider told Life & Style in June. “Erika is still fighting to get back to a semblance of her old life. Her legal bills are through the roof. Her credit card bills are sky-high. It’s gotta so bad, Erika’s talking about filing for bankruptcy.”

“I am in the midst of trying to figure out the basis of this tax bill with the assistance of my business manager, who is also an accountant,” she also said.