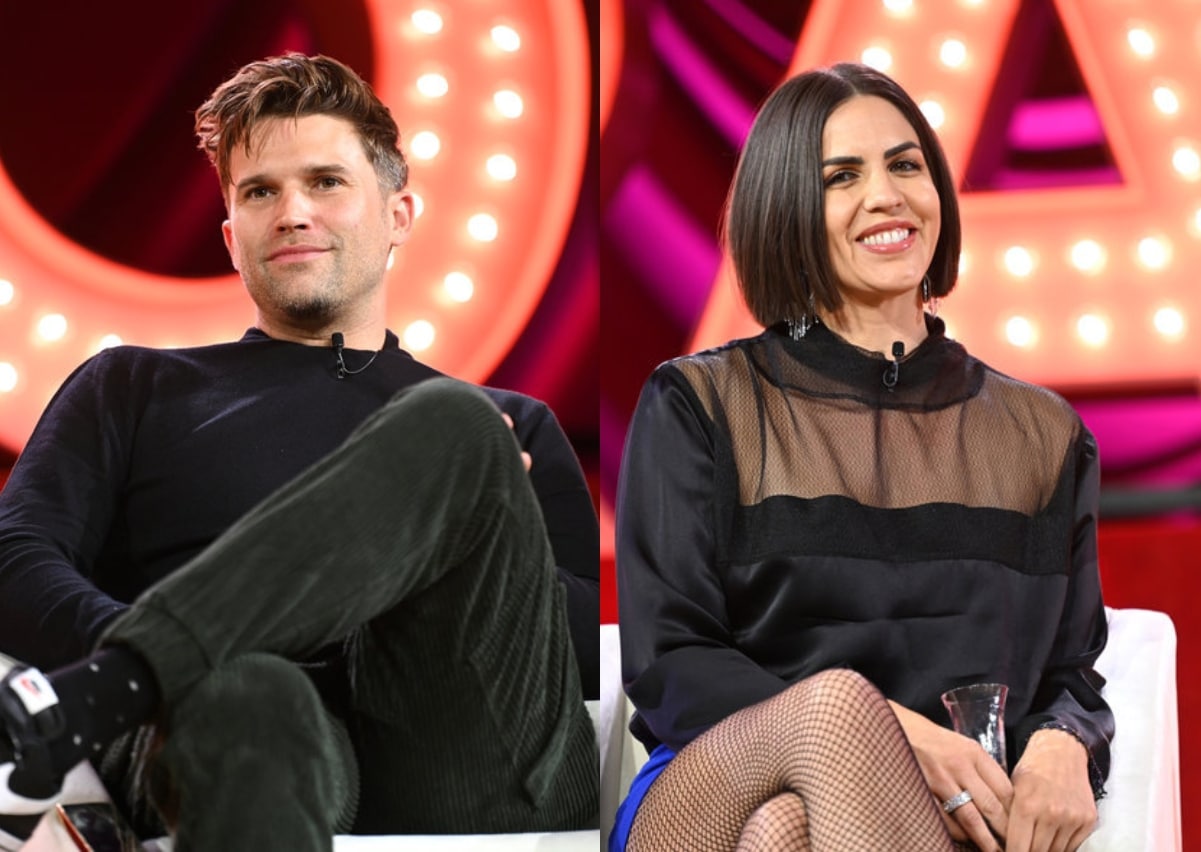 Tom Schwartz is reportedly struggling to cope with the news of Katie Maloney‘s new romance with 25-year-old actor Satchel Clendenin.

According to a new report, the Vanderpump Rules star is doing his best not to dwell on what his ex-wife is doing romantically but has found it “hard to deal with,” despite what may or may not be going on between him and Raquel Leviss, who he admitted to having a “connection” with at BravoCon earlier this month.

“Tom is happy for Katie if she’s happy,” an insider told Us Weekly on October 28, adding that Katie’s “dating life is not his concern” and that Tom is “not interested in all the details.”

“Yes, it’s hard to deal with — the whole moving on [process] wasn’t easy for him — but he wants what’s best for Katie,” the insider continued.

Meanwhile, the insider said Katie is “happy with her new relationship.”

“It’s a new chapter for her with the divorce being finalized, and she’s finally settled into her new place,” the source added.

In other Tom Schwartz news, the Pump Rules cast member felt understandably “awkward” when James Kennedy mentioned his alleged hookup with Raquel at BravoCon’s taping of the “Charming House Rules” episode of Watch What Happens Live earlier this month.

After the moment caused him to blush and cover his face with his hand, Tom admitted to wanting to “disappear” from the stage and opened up about the “new beginnings” of season 10 as an insider shared what’s really going on between him and his model co-star.

“I kind of shut down,” Tom told Page Six at the Soho House’s Patrón Tequila Pit Stop event in Austin, Texas, last Friday. “I kind of just put my head down and clicked my heels together and was hoping I could disappear.”

“I just rode it out, and you’ll see how it plays out this season,” he explained. “There’s a build up to it, and there’s a lot of fallout afterwards. I’m still processing it.”

According to Tom, season 10 was “incredibly emotional.”

“We’re calling it the season of change, the season of new beginnings,” he teased. “There’s a whole new landscape for ‘VPR.’ I feel like it’s a ‘VPR’ reset.”

While attending BravoCon earlier this month, Tom admitted it’d been an “absolute pleasure to get to know [Raquel] on a deeper level” and said the two of them shared a “climatic moment.”

“I have a great admiration for her, and we’re tight, we’re friends, we’re boys,” he continued.

Meanwhile, also at the event, Raquel praised Tom as “cute” and said they have a “little flirty, friendly connection that’s lighthearted and fun.”

As for where they stand today, an insider earlier this week said Tom and Raquel “aren’t dating.”

“They’re just friends but have certainly gotten much closer since Tom and Katie [Maloney] split,” an insider told Us Weekly on October 26. “They have a great connection, and the chemistry is there.”

“Since the hookup happened, they kind of went their separate ways and just hang out together with friends,” the insider explained. “They’re both keeping their options open.”

Raquel is “going on more dates” than Tom, who “isn’t really dating” and has been “taking things slow” since his split from Katie, the source went on. “[Tom] is focused on other things, such as his new restaurant. He’s been leaning on his friends, especially [Tom Sandoval].”

As Pump Rules fans well know, Tom parted ways with Katie in March, months after Raquel and James called off their engagement. Then, in August, as they attended Scheana Shay and Brock Davies‘ wedding in Mexico, it was alleged that Tom and Raquel had gotten physical.

“I feel like [our breakups] kind of brought us together as friends, and we’ve been able to support each other,” Raquel told Us Weekly. “I wasn’t expecting that friendship to blossom, but I’m happy that it did.”

Vanderpump Rules season 10 is expected to begin airing on Bravo later this year or early next year.