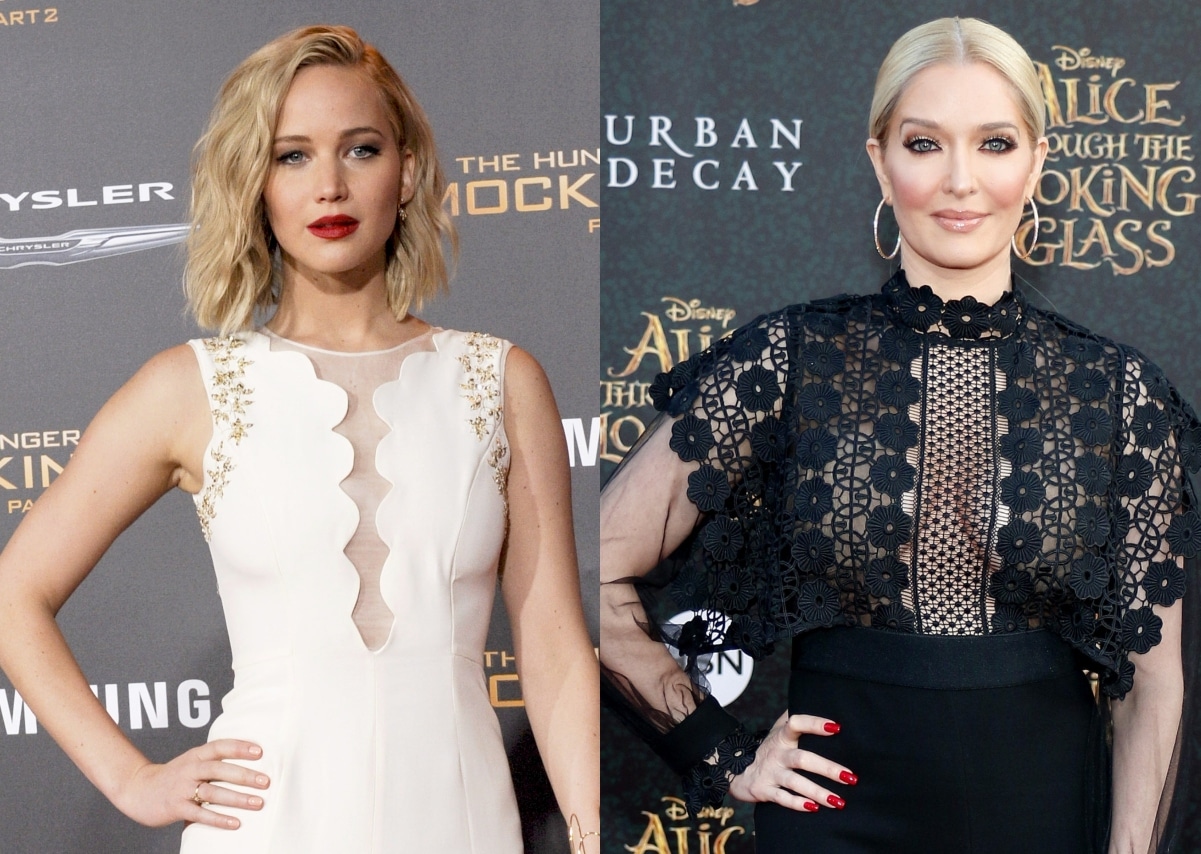 Jennifer Lawrence weighed in on the 12th season of The Real Housewives of Beverly Hills during a recent interview with her Causeway co-stars, including Brian Tyree Henry.

As the Oscar-winning actress and her co-star promoted the film at the Toronto International Film Festival, Jennifer admitted she is not a fan of recent episodes before taking aim at Erika Jayne, who she described as “evil,” and throwing shade at The Real Housewives of Dubai.

“Not a great season, but I’ll finish it,” Jennifer told Variety when asked about the show, via Best of Bravo on Instagram.

Then, when asked why she hasn’t liked the season, Jennifer continued, “My biggest problem with this season [is] that it’s just been boring, and I think that Erika is evil. I would go as far as to say um, she needs a publicist, like ASAP. And Lisa Rinna tried to look out for her and tried to like… She didn’t do the [Dorinda Medley] thing.”

According to Jennifer, she appreciated how Lisa attempted to pull the reigns in on some of Erika’s questionable behavior, noting that when it came to a scene from The Real Housewives of New York City, which featured Dorinda with messy makeup, no one had her back.

“Remember when they were in Colombia, and Dorinda’s like, [wearing] f-cking Joker makeup and Carole Radziwill was just talking to her and leaving her out there?” Jennifer asked, and she then mentioned Bethenny Frankel before quickly saying, “Oh no, I’m not talking about this.”

And co-star Brian agreed that they shouldn’t continue down that path, telling Jennifer, “Don’t drag me into this, I don’t want Dorinda or Erika coming for me, so like we’re good.”

As for what she thinks of how the cast should evolve ahead of season 13, Jennifer said Sutton Stracke “needs to stay,” and she confirmed she also wants to see Kathy Hilton return.

“Stay! Love Kathy,” she declared as Brian also weighed in.

Also, during the interview, Jennifer revealed that both she and Brian were done watching the debut season of RHODubai.

“Brian and I have quit Dubai. We’re done with Dubai,” she shared.

In recent years, Jennifer has made it no secret that she’s a big fan of Bravo, and she has been involved in a few public feuds with the likes of Nene Leakes, Jen Shah, and Lala Kent.