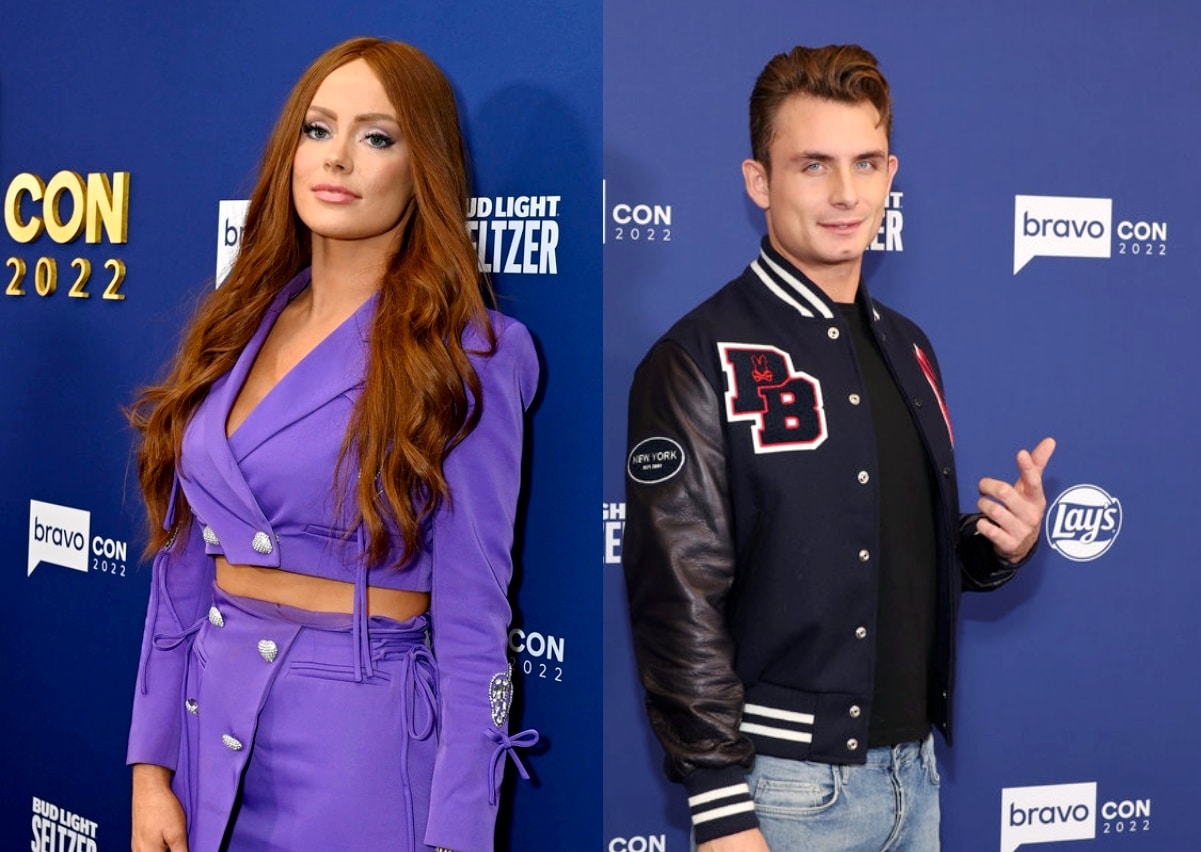 Southern Charm’s, Kathryn Dennis, is telling Vanderpump Rules’, James Kennedy, to put his money where his mouth is.

In a spooky new Halloween snap posted to her Instagram, Kathryn posed alongside Southern Charm costars, Oliva Flowers and Taylor Ann Green dressed to the nines as “goth” pin-ups.

Kathryn’s snarky post comes on the heels of a backhanded remark James made at BravoCon where he claimed there were no “pretty girls” on the Southern Charm cast.

James quickly tried to backpedal on his remarks when the Vanderpump Rules and Southern Charm casts combined for a joint BravoCon panel.

“First of all, I was mistaking shows because obviously there’s a lot of pretty girls on the show,” the DJ attempted to explain. Upon further questioning by Andy Cohen as to which show he was referring to then James denied commenting any further only adding, “I’m not doing that…”

Bravolebrities were here for Kathryn’s trolling.

While Summer House’s, Paige DeSorbo, added, “Ate this up Kath”

Taylor Ann has also taken jabs at James. After their BravoCon taping while James was performing at the AfterDark party, Taylor took to Instagram and commented, “@ItsJamesKennedy ‘Hey Alexa … next.’ Love, the ugly girls from Southern Charm.”

James probably shouldn’t be expecting any down south love from Charleston anytime soon.