Kathy Hilton on RHOBH Exit, If She’ll Be at Farrah’s Wedding 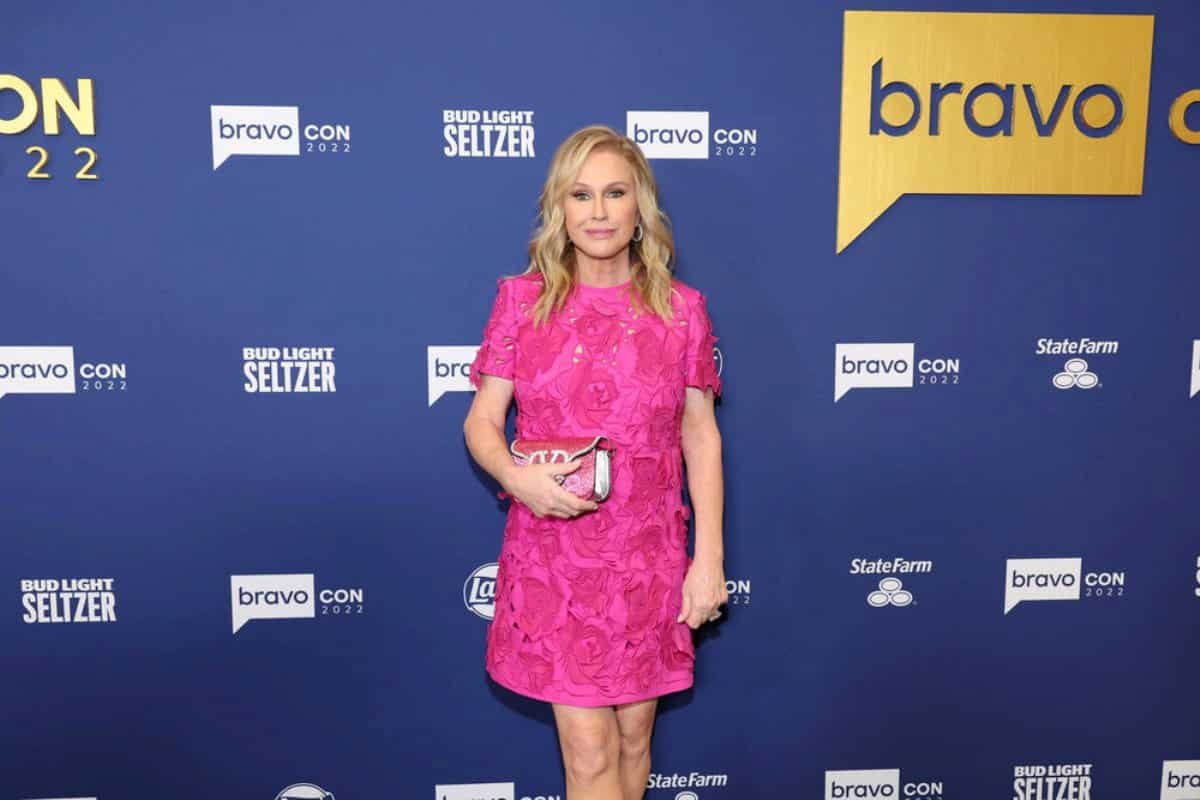 Kathy Hilton reacted to Lisa Rinna getting boo’ed at BravoCon just after the Real Housewives of Beverly Hills cast member received a harsh welcome as she took to the stage for the “Thrills in Beverly Hills” panel.

While attending the opening day of the fan festival, Kathy doubled down on her claims of Lisa being a “bully” as she confirmed she “certainly didn’t say” the things Lisa accused her of saying amid her apparent meltdown in Aspen.

“That’s unfortunate,” Kathy told Extra of the boo’ing. “[But] she is a bully. She bullied everybody, and I think that is just the worst. That I don’t like to see happen to anyone.”

Kathy then said that Lisa was “agreeing with [her]” during her outburst.

“I did say something I shared. But I certainly didn’t say what she says I said. And I will not let that go,” she confirmed.

Kathy even noted that when it came to her apology, she “never, ever, ever should have apologized.”

“Apologize for what?” she asked.

During another interview at the event, Kathy reacted to Kyle’s concerns over Kathy potentially being absent when her oldest daughter, Farrah Aldjufrie, marries her fiancé Alex Manos.

“That I don’t get,” Kathy told Hollywood Life. “I mean of course. But then everyone runs wild with that.”

According to Kathy, Farrah and Alex “don’t even have a date set” for their wedding quite yet. But, when they do wed, she will “of course” be there.

As for her relationship with Kyle, Kathy sounded hopeful during a third interview.

“I think she’s finally seeing true and the forest through the trees,” Kathy told Us Weekly. “I think that, sure, [there’s a chance at reconciliation]. I mean, we love each other. We’re sisters. Nobody’s gonna come between us at the end of the day.”

And, while Kathy is open to appearing on the upcoming 13th season of RHOBH, she said she will “absolutely” not return with the same cast.

“I don’t ever like to say what other people should be. I just think that you need to mix things up a little bit,” Kathy added.