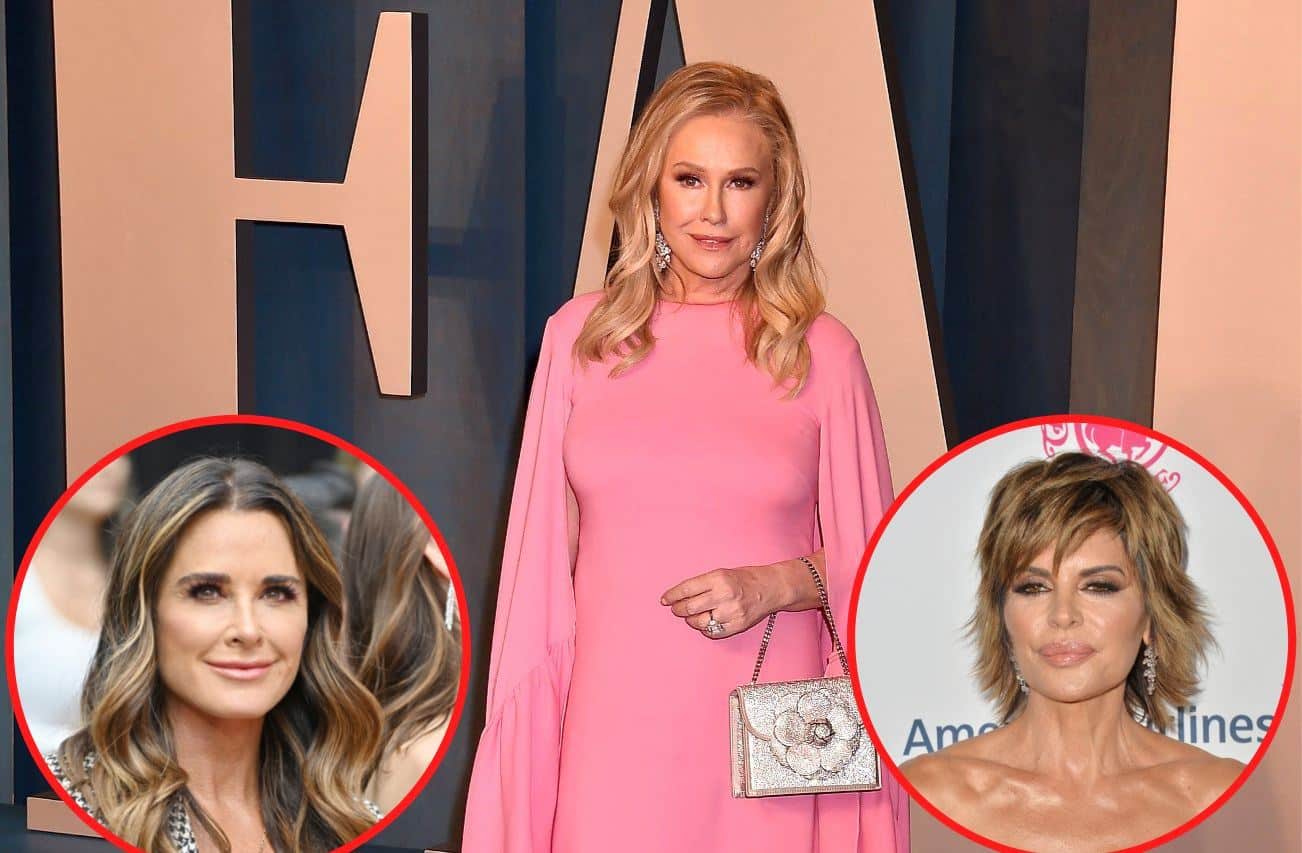 Kathy Hilton is offering an update on where she stands with Kyle Richards following the tense 12th season of The Real Housewives of Beverly Hills.

After arriving in New York City for BravoCon on Thursday night, Kathy admitted things between her and Kyle are “bumpy” before accusing Lisa Rinna of lying about her meltdown in Aspen, explaining why she mentioned Lisa Vanderpump at the reunion, and commenting on the series’ upcoming 13th season.

“It definitely is bumpy,” Kathy confirmed to Access Hollywood of her and Kyle’s relationship on October 13. “I didn’t watch the whole last episode because I wasn’t in the show so I had felt like, ‘Why am I not being defended?’ But she did.”

According to Kathy, Kyle “started to see” what was “going on” as the season came to an end, at which point she blamed Erika Jayne‘s publicist for leaking stories about Kathy’s outburst to the press. And after she did so, she and Kathy began texting “a little bit.”

“We’re sisters. We do love each other. We’ll bump into each other this weekend,” Kathy noted.

As for Rinna’s claims against her, Kathy said “it’s frustrating when you watch things,” and she claimed Rinna was “100 percent” exaggerating about what went down in Aspen.

“I definitely said some things and I apologized but I never knew at that point the things that she was coming out with so if you don’t really, if you forget or you’re whatever, you might think, ‘Oh, Kathy came clean and everything.’ But what she said I said did not happen,” Kathy stated. “I don’t play, and I have a very good memory, and I am very quick. And I will, I will get my story out there eventually… I’m only a ‘friend’ so I don’t get to get all my points across.”

“[But] let me tell you something, you wanna play, I’ll play,” Kathy continued. “I’m gonna stand up for myself, especially when I’ve heard what was going on.”

Although things with Kyle aren’t great, Kathy said she has “a lot of other girls on the show” that she loves, including Garcelle Beauvais, Crystal Kung-Minkoff, and Sutton Stracke.

She then explained why she mentioned Vanderpump at the RHOBH reunion.

“I like Lisa very very much. The reason I brought her up is because [Lisa Rinna] has run off all of these different people. I mean, Denise Richards, the fans loved her. They love Lisa Vanderpump, Camille Grammer, I mean, there’s a list and I know all about that.”

Despite having a rough 12th season, Kathy isn’t opposed to returning for more episodes.

“Everybody has to be invited back so I don’t know. We’re doing a second season of Paris in Love. That was such a fun show. I had a blast, and it was so much fun and so sweet, and people loved it, so I’ll be busy with that. So we’ll see,” she shared.

Also during the interview, she explained her troubles with Instagram.

“I don’t know how to do a main page… a post,” she stated. “So I have my assistant. I tell her what I want to say, and then she puts the picture, but I can sit in bed and do Stories all night, and I do.”