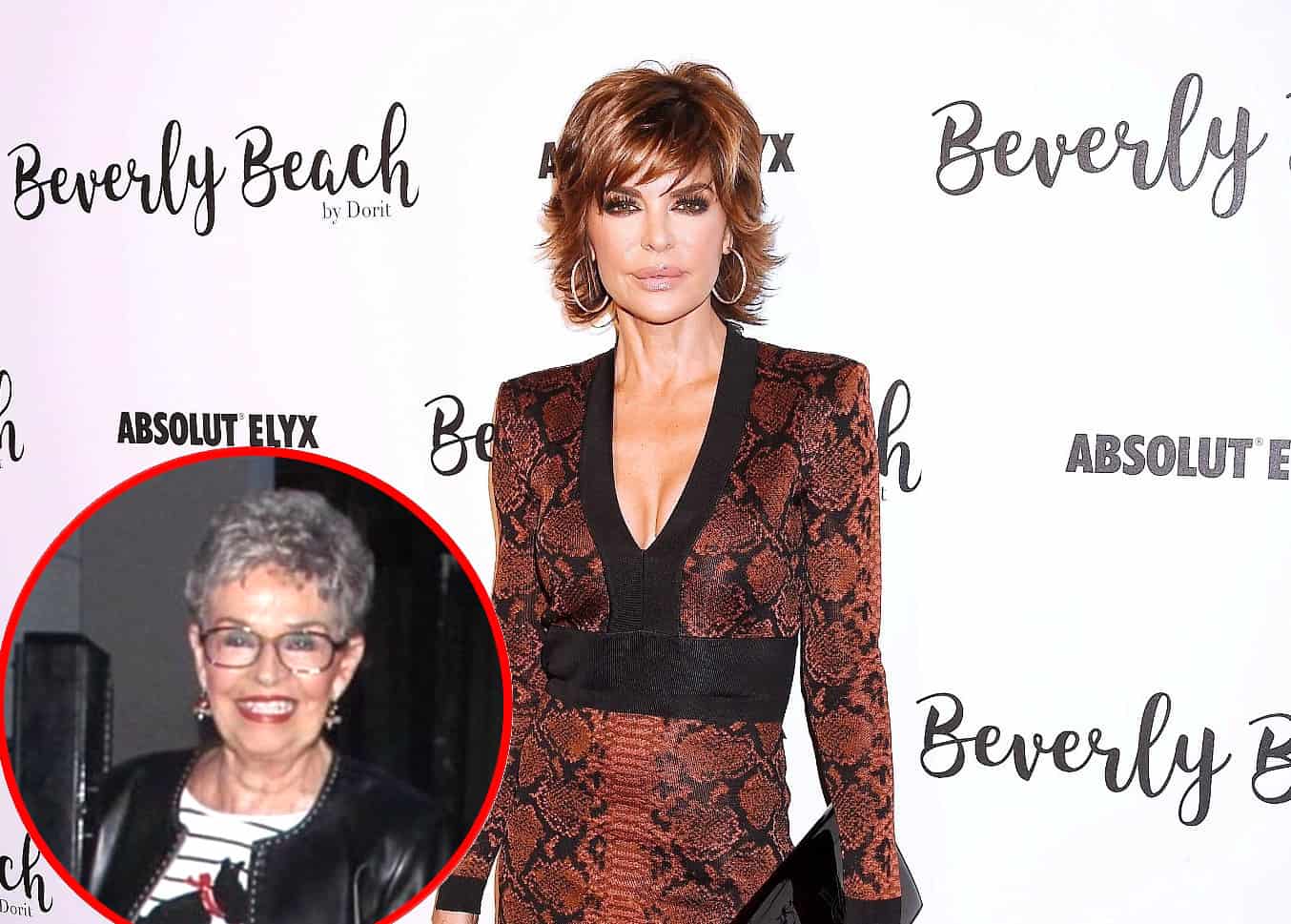 Lisa Rinna is taking a break from social media — at least partially.

Following months of backlash over her allegations against Kathy Hilton, and her treatment of her co-stars, including Sutton Stracke, on social media, the Real Housewives of Beverly Hills cast member has deactivated her Twitter account.

On her Instagram Story, after coming across a fan page who had asked her “what happened” to the account, along with a screenshot of her formerly active page, Lisa confirmed she is no longer using Twitter. 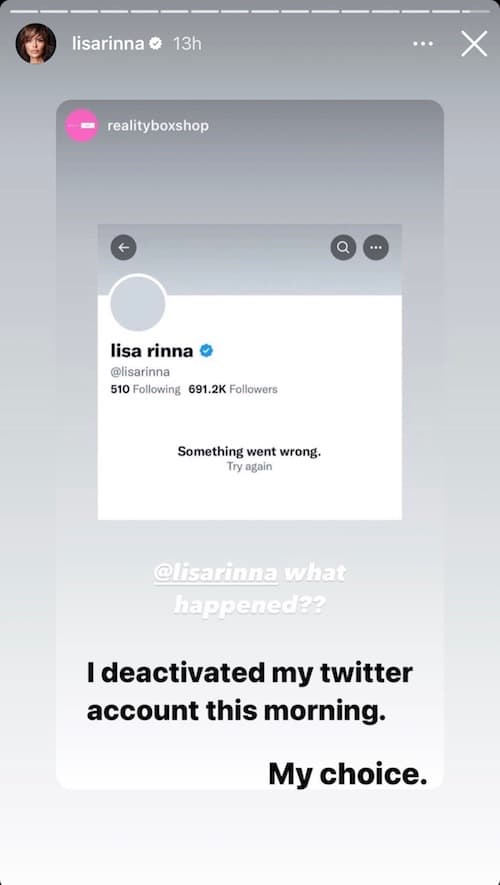 Around the same time, Lisa revealed that she was disappointed to see that her RHOBH producers had left a photo of her mom, Lois Rinna, who died at 93 after suffering a stroke in November 2021, out of the reunion.

In a screenshot captured by the Queens of Bravo on Twitter of Lisa’s since-deleted post, Lisa showed her fans and followers the sketched image of Lois and said she believed they avoided including the pic in the special because they didn’t want her to receive sympathy.

“I think this is the one thing on the reunion that I’m really sad that they didn’t show. I had brought this with me in my dressing room and had it there, and I’m so sorry they didn’t show it. You know I just don’t think they wanted to have me have any form of sympathy,” Lisa explained. 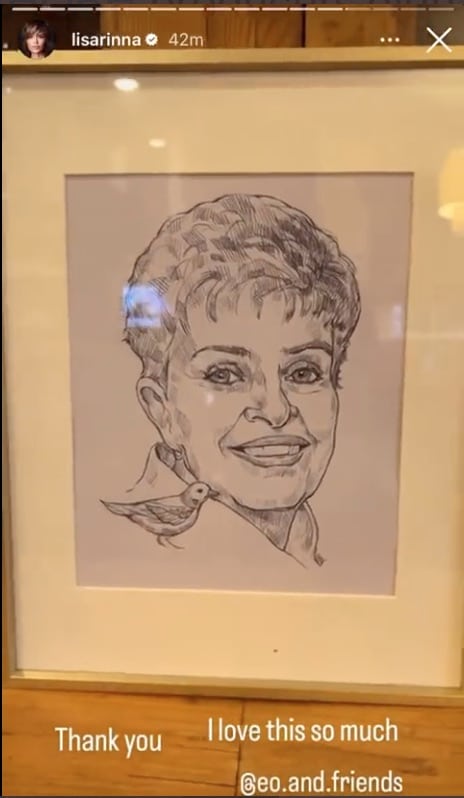 As RHOBH fans may have noticed, the photo of Lisa’s mom isn’t the only thing that was left out of the three-part reunion. Producers also cut out a scene that featured Lisa sharing receipts regarding her Elton John Gala feud with Sutton Stracke.

During a radio appearance on Monday, Andy Cohen explained the decision, saying if the special had been any longer, “everyone would have complained it was too long.”