Raquel Leviss Not to Blame For Split 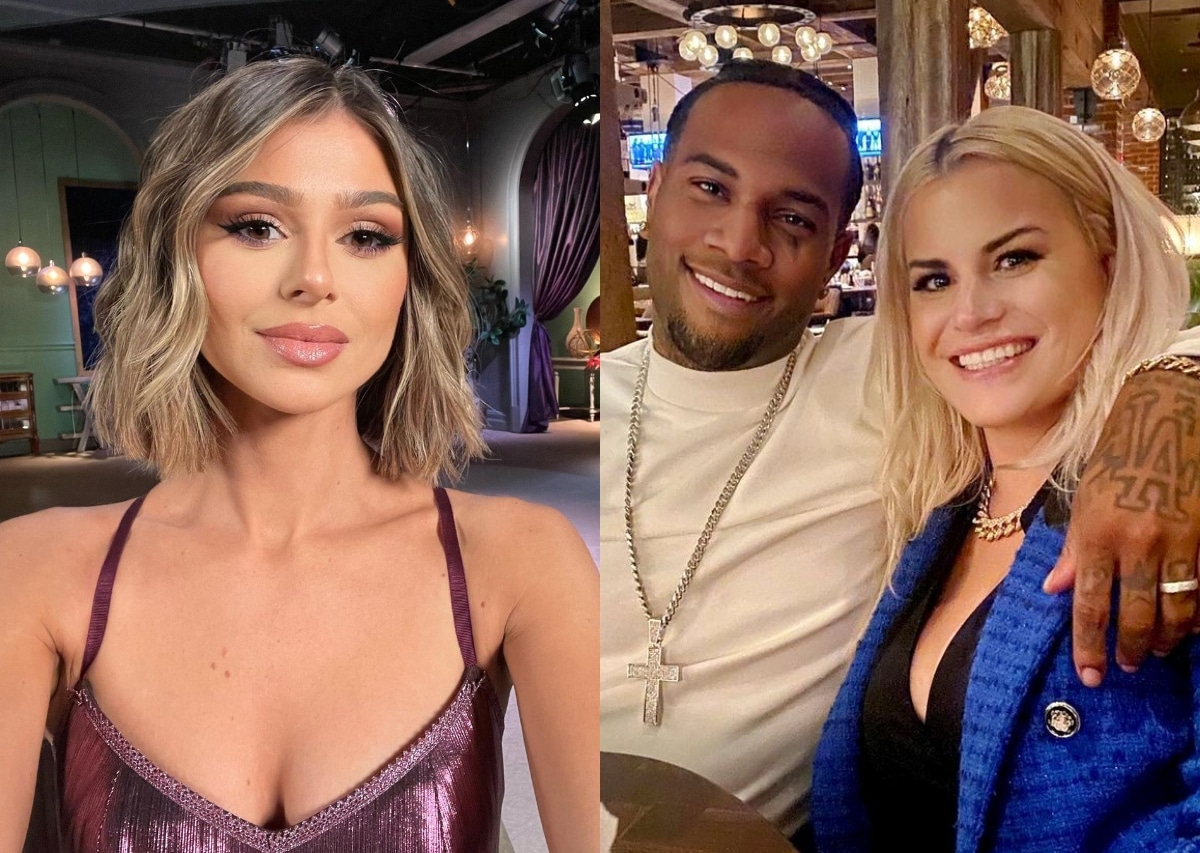 As their split drama plays out amid the 10th season of Vanderpump Rules, Samantha has taken to her Instagram Story to share her true feelings about Raquel, who has also been linked to Tom Schwartz, and confirm that she and Oliver have not taken any legal steps to end their marriage.

“FYI- I don’t blame Raquel,” Samantha wrote in an Instagram Story post on September 3, via Page Six. “She did nothing wrong and has been respectful and supportive.”

According to an insider who spoke to Page Six, Raquel believed Oliver and Samantha were separated.

“Oliver told Raquel he was separated and that they were in the process of getting a divorce,” the source said. “Raquel would have never pursued him if she had known that wasn’t the case at the time.”

As Pump Rules fans may have seen, Samantha took to her social media account on Friday with a series of messages accusing Oliver of cheating on her, sharing that she “found out” that he “made out” with Raquel amid production on the upcoming episodes. Samantha also said Oliver planned “to continue to go on a date with Raquel while filming.”

“He has committed adultery with coworkers and guests of the restaurant,” she alleged, and made “jokes about my mental health and suicidal thoughts with [his] coworkers.”

“He continue[d] to lie to me and say he wanted to work on things but behind my back continue[d] to talk bad about me and disown being a stepdad,” she shared, adding that Oliver “has disrespected me and my kids in every way possible.”

In addition to her three children from a previous relationship, Samantha shares two-year-old son Oliver Jr. with Oliver.

“Garcelle did not want me to talk about it publicly. That is why she has unfollowed me and blocked me,” Samantha revealed to Page Six amid the online drama.

During her rant against Oliver, Samantha also shared a series of sexting exchanges between Oliver and other women, saying her spouse has been “cheating publicly with Raquel on camera only for fame!”

“BTW OLIVER IS A GUEST ON Vanderpump Rules! He’s not paid!” Samantha wrote in another post. “No bag! Not worth losing your family for this!”

Samantha later confirmed that she and Oliver are not currently in the midst of a divorce.

“I want to clarify that me and Oliver have not filed for divorce just yet! After I found out about Raquel that is what is pushing me to file!” she wrote. “We have nothing in the courts with a legal separation, custody battle, or a divorce just yet!!”

Meanwhile, in response to Samantha’s statements, Oliver told his own online audience, “I apologize for my Sons Mother Putting My Business Out There. We Are Getting Divorced,” before ultimately deleting the message.

Vanderpump Rules season 10 is expected to premiere in early 2023.