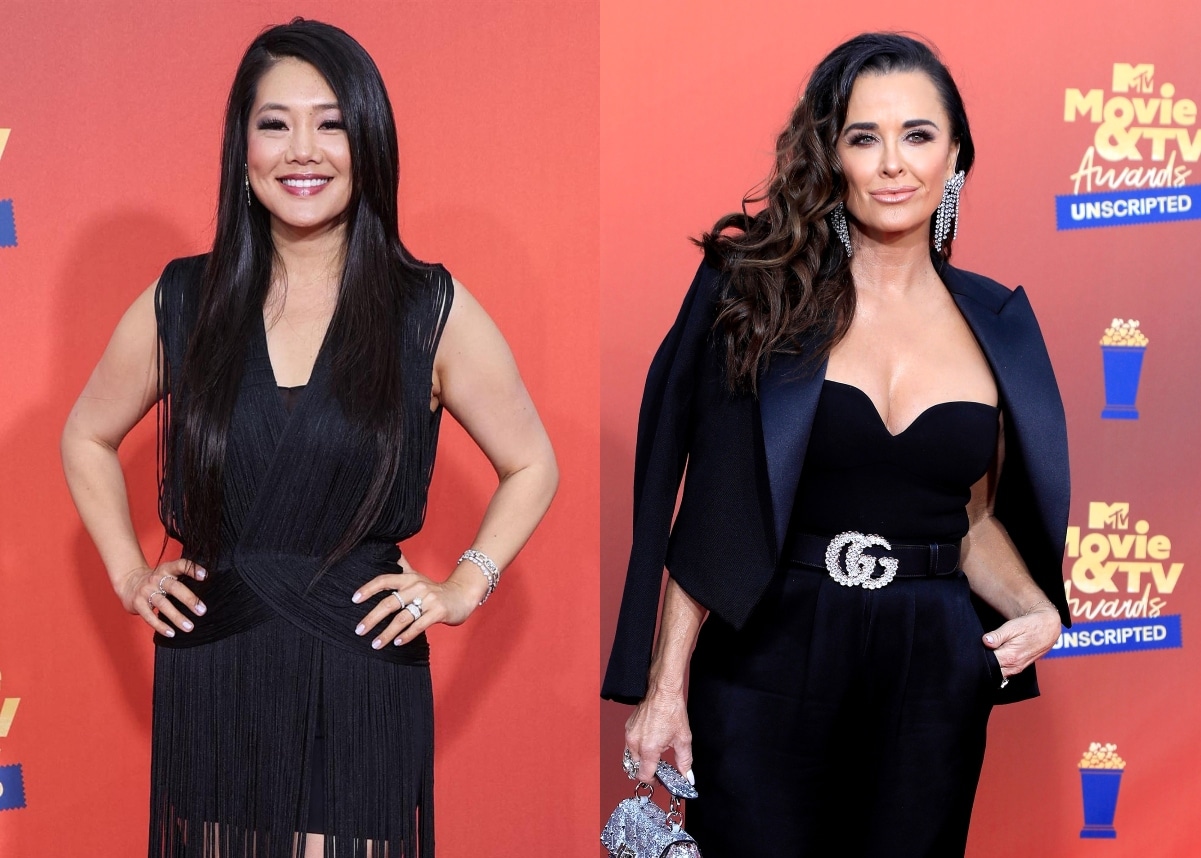 Crystal Kung-Minkoff and Kyle Richards engaged in a war of words over Crystal’s claims regarding her falling out with several friends amid the Real Housewives of Beverly Hills season 12 reunion. And following the release of a sneak peek at the three-part special, Crystal poked fun at Kyle’s inability to understand what she was saying.

After Crystal and Kyle were seen at odds as Crystal attempted to explain when and why she cut ties with certain women from her past, and Kyle suggested there was more to the story, Crystal reacted to her spat with Kyle in a comment.

“Actually [Lisa Rinna], you gave me like, incredible advice. I just said, ‘I’ve been dealing with some women that are suddenly not talking to me since I’ve done the show.’ And she said, ‘Get ready. This is the beginning,’” Crystal recalled after host Andy Cohen read a question from a fan.

“Some of these people were asked to be on the show, though,” Kyle interjected.

Then, after Crystal said, “That’s why,” Kyle reminded her RHOBH castmate that she claimed she noticed a difference with these women after she joined the show.

“It was before… It’s when I got the show, was before,” Crystal replied.

“Didn’t you just say that ‘after I did the show they got weird with me? After I started filming.’ That’s what you just said,” Kyle fired back.

“After I did the show. After I said yes to the show,” Crystal explained further, leaving Kyle with even more questions.

But as Kyle said her statements were “confusing” and claimed she “contradicted” herself, Crystal asked, “How is that confusing? I just clarified it. How is it confusing? Are you confused?”

“You just changed the story. You said the women, after you started filming, they got weird,” Kyle responded.

Although Crystal ultimately clarified that it wasn’t after but before she began filming that she started experiencing issues within her friend group, Kyle suggested there was more to the story that she wasn’t saying.

Following the sharing of the preview, Crystal reacted to the clip with a statement in the comments section of the Queens of Bravo post after seeing that one of the fan page’s followers said she was “clear as f-ck” and asked, “What did Kyle not understand?”

“Words can be hard for some,” Crystal replied. 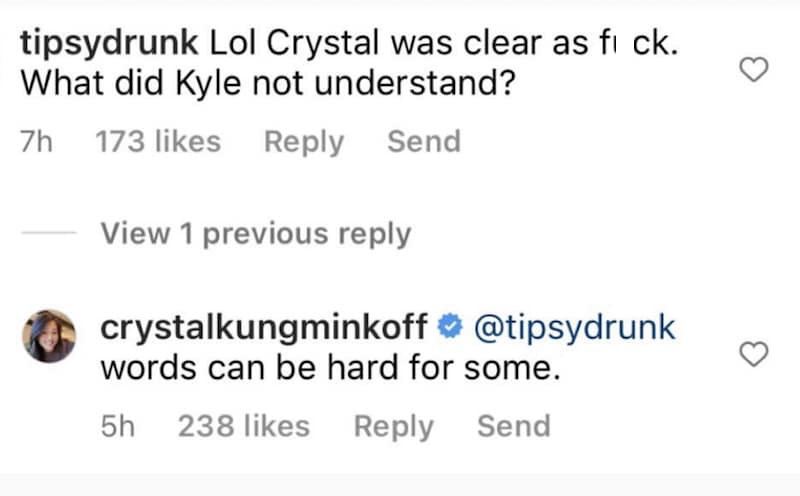 Also, in an Instagram comment, which was captured by Comments by Bravo on Instagram, Crystal joked about the loss of her former friends after sharing a photo of herself with another group of women.

“Wait, hold up! Are these [nine] of Crystal’s friends?” a fan had asked. 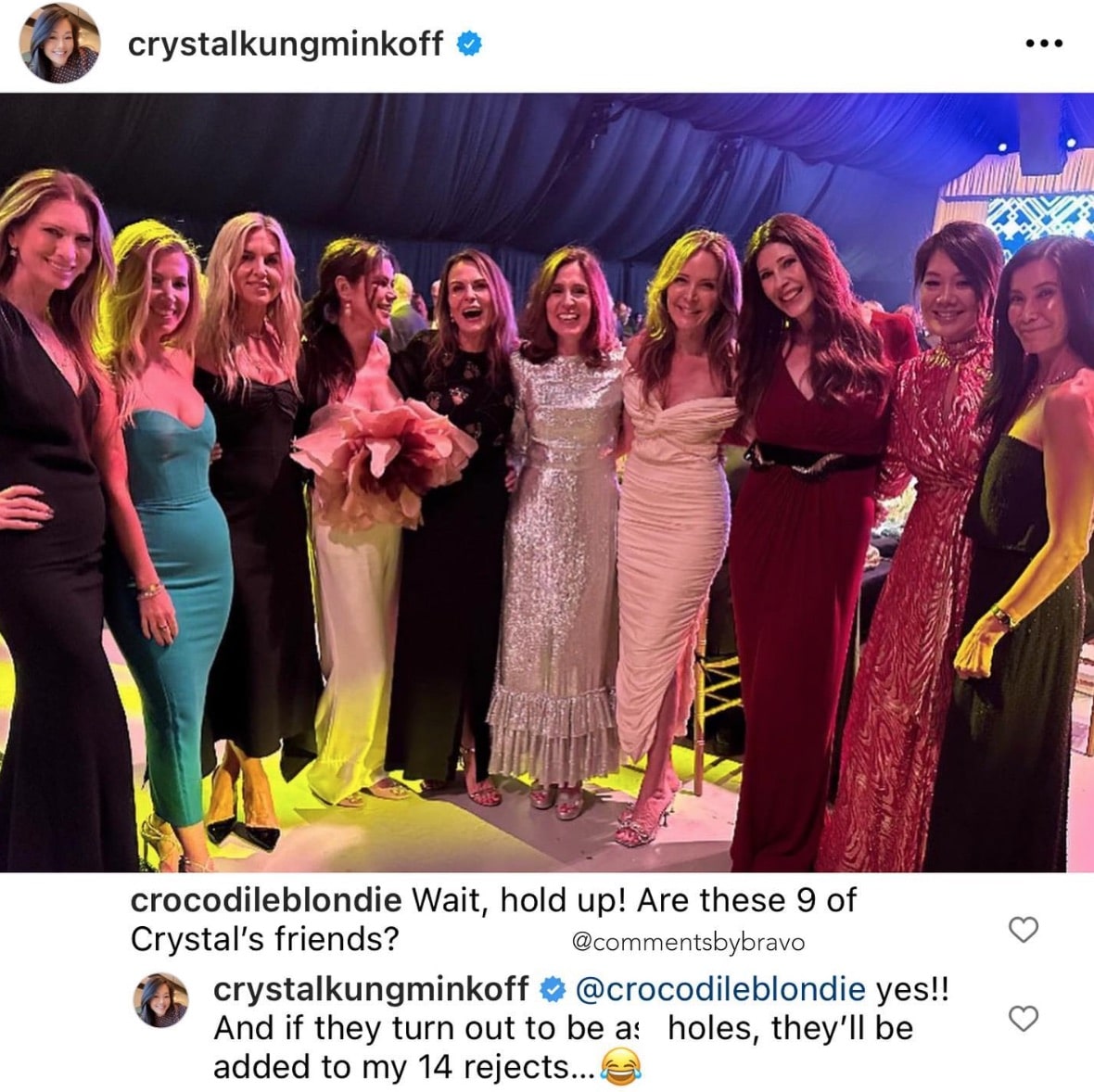