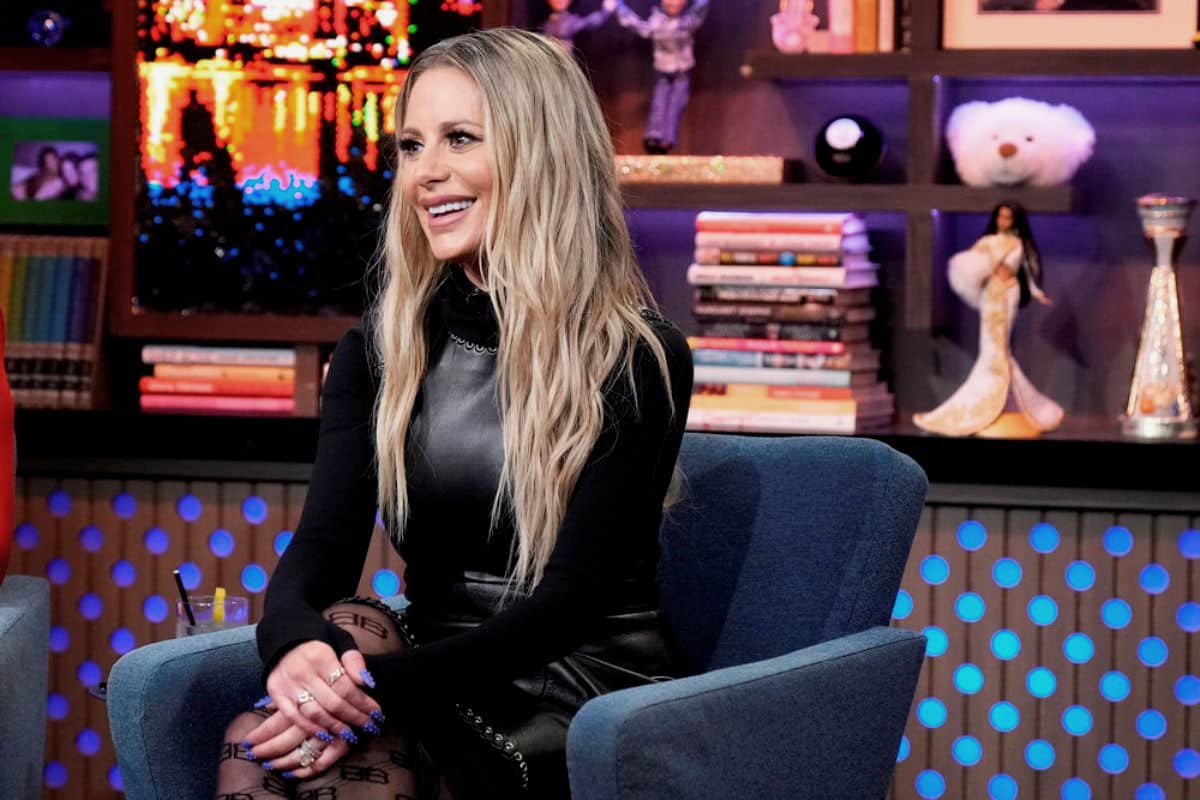 Dorit Kemsley was asked about the ongoing rumors linking her to Kyle Richards‘ husband, Mauricio Umansky, on Wednesday night’s episode of Watch What Happens Live

With husband Paul “PK” Kemsley seated in the audience, the Real Housewives of Beverly Hills cast member reacted to a question from a virtual audience member before addressing a number of other hot topics, including Kyle and Kathy Hilton‘s messy family drama, the cast’s treatment of Sutton Stracke, and “flip-flopper” claims.

“When something is so ridiculous, you just kind of discount it,” Dorit said of the Mo rumors on the September 21 episode of the WWHL: After Show. “It strikes a cord only because Mo, PK, Kyle, and I, we’re friends together. And it’s such a nothing, and then to have someone start those vile rumors, it’s gross… [And] it’s annoying as F.”

PK also weighed in, asking, “When she’s got steak, why would she want a cheeseburger?”

Meanwhile, during the live broadcast of WWHL, Dorit, who was joined by her RHOBH castmate, Garcelle Beauvais, was asked if she believed Kathy’s meltdown in Aspen was as bad as Lisa Rinna made it seem. And after Garcelle pointed out that we may “never know,” Dorit noted that was “true.”

“[But] I do think that Kathy had a little bit of a meltdown,” she stated.

Then, after Dorit said she does think Kyle and Kathy’s relationship “will be mended,” clarifying it will likely “take a little time” and “some work,” Garcelle agreed.

As the rapid-fire questions continued, Dorit said she wasn’t upset with Lisa for telling her to get ready when she already was, admitting she felt the mixup was “funny.” She also said it was “wrong” for Erika to call Crystal Kung-Minkoff an “a–hole” for questioning her compassion for Thomas Girardi‘s victims while harboring no resentment toward Garcelle for doing the same.

Because Erika was so upset after her encounter with Crystal and other co-stars in Aspen, Dorit made the decision to skip Kyle’s shopping event at Kemo Sabe and stay with her. And looking back, she had no regrets.

“I could have [gone], but I made a decision that if I had to do it all over again, I would do the same,” she confirmed.

Dorit also has no regrets about the “Homeless Not Toothless” hysteria as it brought more attention to a good cause.

“The more attention, the better,” she proclaimed. “It’s a great charity… [and] no one’s gonna forget it now.”

During a game with Garcelle, during which they had to ring chimes if they agreed with certain statements, Dorit declined to ring when the RHOBH cast was accused of being harder on Sutton than other members of the show.

“I don’t agree with that. No. I think Sutton is a master of her own disaster. I do,” she stated.

Dorit was then asked about claims of being a “flip-flopper” after condemning Erika’s behavior in her confessionals but giving her a free pass in real time.

Also, on WWHL, Dorit was asked why she didn’t stick up for Sutton as Diana Jenkins called her a “c-nt.”

“I was shocked by it,” Dorit explained. “It was like 30 seconds, and you know, sometimes you just don’t have that opportunity. It’s not being discussed. Sutton’s in tears [and] Diana was leaving.”

As for Garcelle, she added, “I stood up for her… It was not okay.”