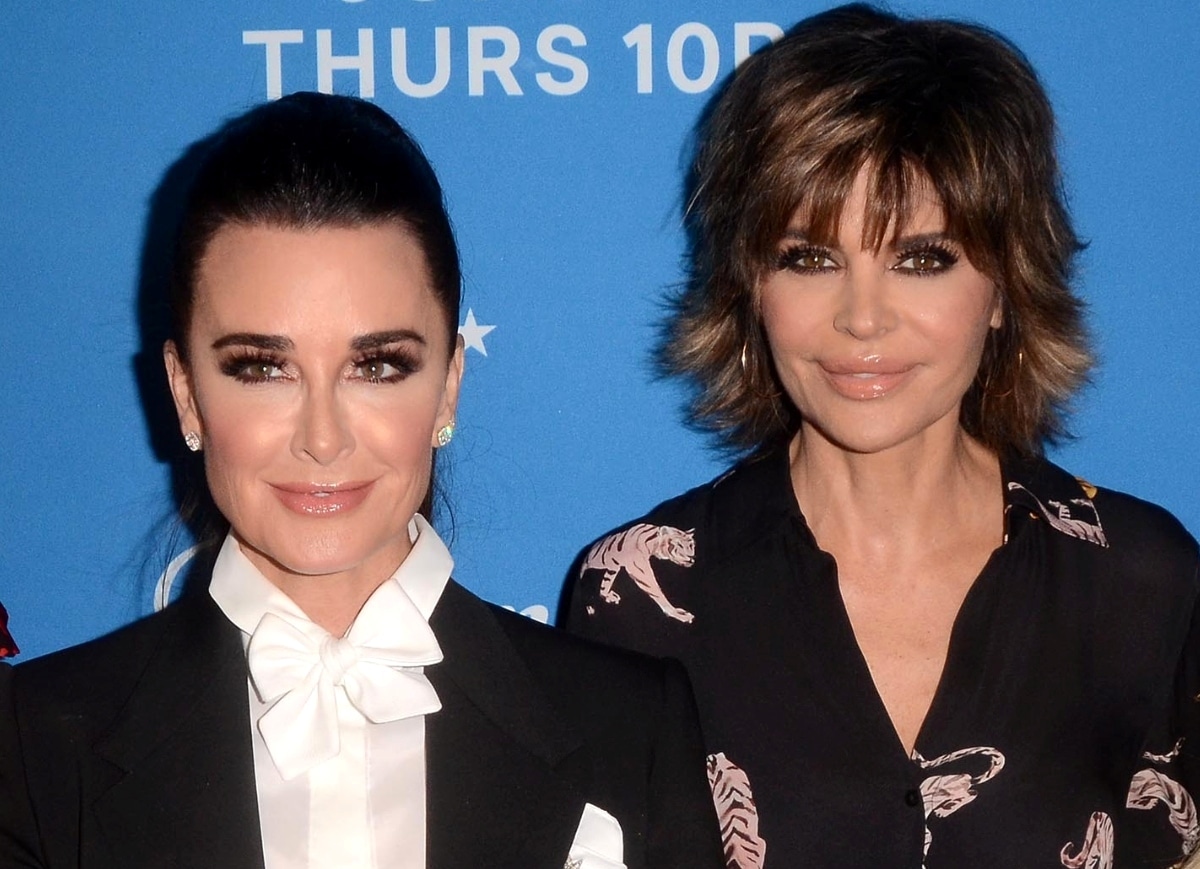 Lisa Rinna doesn’t understand why Kathy Hilton apologized to Kyle Richards for the things she said amid her meltdown in Aspen if her account of the story wasn’t accurate.

While attending BravoCon on Friday, where she was mercilessly boo’ed by fans, Lisa answered questions about the drama between herself and Kathy and the tension it caused between Kathy and Kyle, on The Real Housewives of Beverly Hills.

“I’m just gonna say why would you apologize for something if you didn’t do it?” Lisa asked Access Hollywood on October 14.

According to Lisa, she had Kyle’s back throughout season 12, which wasn’t always helpful to Kyle.

“It’s a really tough situation, and I’ve only wanted the best for Kyle, and I’ve stood up for Kyle, and I have had Kyle’s back, and that’s not always a good thing in a family dynamic,” Lisa explained. “It’s very difficult.”

While things between Lisa and her castmates didn’t end on a good note when RHOBH wrapped, Lisa is hoping for reconciliation.

“What’s great about our show is we are able to move on, and we are able to forgive, and I think that that’s always possible,” she noted. “I have been through a lot on this show with a lot of people, and it’s the nature of it, and I just think, we all care about each other. We really do. And so I think at the end of the day, you always want to move on after conflict. And I would like to move on.”

As for the recent chatter suggesting she may have been exaggerating her claims about Kathy’s meltdown, Lisa denied any such thing.

“I was there. I don’t over-exaggerate. I tell the truth, and I always have, and I think if you go back, you can see that I tell the truth and what happened happened,” she stated. “Everyone saw it at the club.”

In addition, Lisa continued, she “tried to get Kathy out of there.”

“My intentions were really good so we have different belief systems, and that is just gonna be something that’s gonna be a stickler for us,” she shared.

When Lisa was then asked if she’d appear on season 13, she admitted, “You just never know. I don’t even know what I’m doing tomorrow.”

During another interview with Entertainment Tonight, via The Real Housewives Zone on Instagram, Lisa addressed the boo’ing she received at the event, saying it made her feel as if she’s “made it.”

Then, after saying she was “[flipping] the switch” when she poked fun at Kathy’s “bully” label with a M&M, ad noting that the character is probably “already on merch,” Lisa teased the remaining episodes of the reunion.

“There’s gonna be a couple of surprises that you’re not gonna expect, and more of the story’s gonna be told, and some denials of the story are going to happen. All of the sudden the story’s being denied when somebody apologized, but now she’s denying it happened, so I think that’ll be interesting because she’s gonna come in like that,” Lisa revealed. “She’s gonna deny the whole thing.”