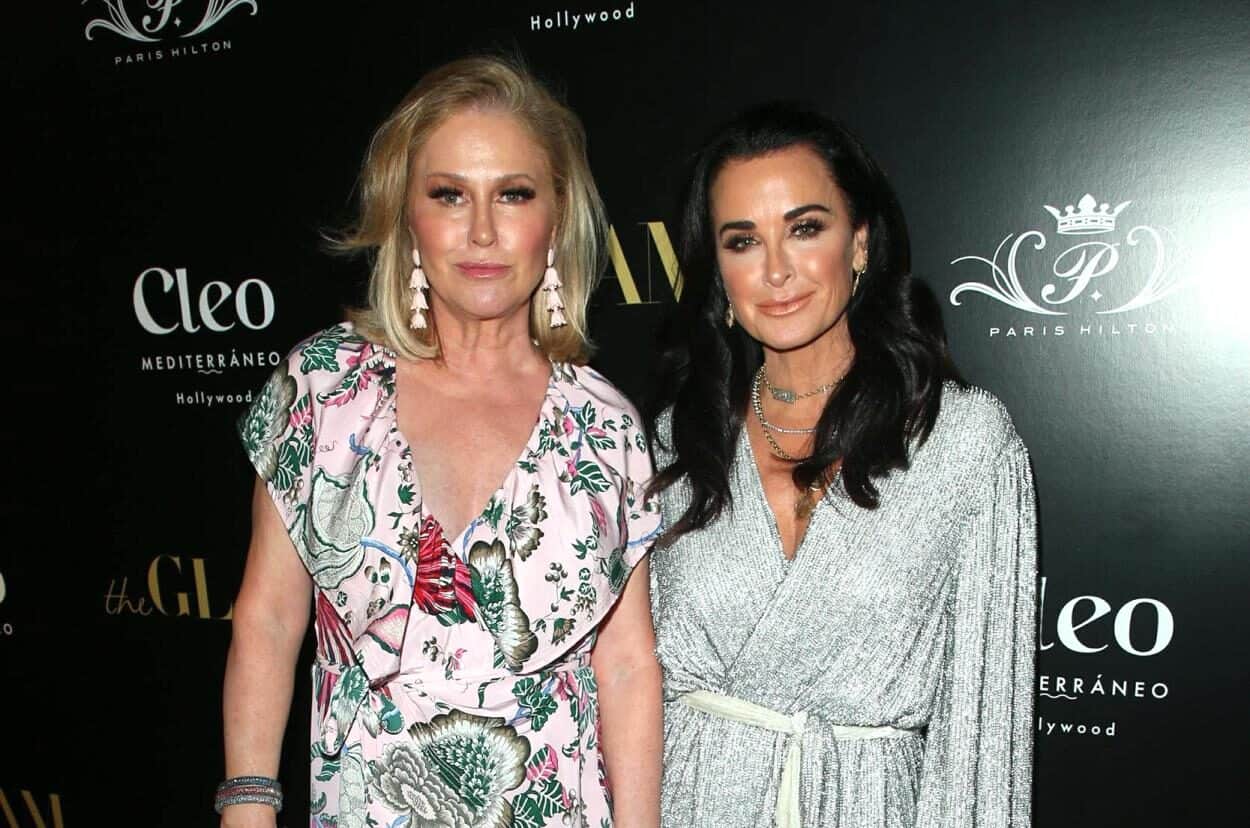 Kyle Richards is looking back at the tense encounter she had with Lisa Rinna and her sister, Kathy Hilton, on the latest episode of The Real Housewives of Beverly Hills.

After watching as Lisa confronted Kathy about the horrible things she uttered not only about Kyle, but her entire family, who she allegedly threatened to “destroy,” Kyle admitted that she never saw her relationship with her sibling facing such turmoil when she suggested her for the show ahead of season 11.

“Some of the things that were said about me that night led me to say, ‘I feel like you hate me.’ Of course, I know we always say things when we’re upset in the moment but… I don’t know what to say about that,” Kyle shared on the September 28 episode of the RHOBH: After Show.

“I never imagined being in this situation with my sister Kathy. When she joined the show, I was the one saying, ‘My sister Kathy should come on the show. She’s funny. We’ve made up. I think it could be great,’” Kyle recalled.

According to Kyle, she felt that if her sister were to join the RHOBH cast, the two of them would be able to spend more time together and increase their bond. But, as viewers have since seen, that’s not how Kathy’s addition played out.

“Now here I am in a situation where my sister’s coming to my house and apologizing to me… It was very uncomfortable,” Kyle admitted. “I’m stressed for her. I’m stressed for me. And I had this weird sort of ‘I’m hurt, I’m angry,’ but I also felt like, ‘Gosh, I’m kinda feeling bad that she’s having to do this.’”

Kyle was even wondering if Kathy truly wanted to apologize — or if she simply felt obligated.

“I was thinking, ‘Does she really wanna be doing this, or does she feel like she has to do this?’” Kyle admitted.

In addition to Kathy offering an apology to Kyle on the latest episode of RHOBH, Kyle said Kathy wanted to speak to Lisa. However, as the ladies sat down to hash things out, she could tell they were triggering one another.

“I was so unbelievably uncomfortable just seeing my sister and Lisa Rinna,” Kyle noted. “It becomes a point where it’s just too stressful, and I wanted to believe my sister’s apology, and I wanted to move forward, and I was also scared of what else I was going to hear.”

“I was thinking, ‘I almost don’t think I wanna know anymore. I can’t hear,’” she recalled. “I never even pushed to ask because I didn’t wanna get my feelings hurt. At that point, I was very quiet and let them have their conversation, and I just thought, ‘God, this is really, really messy now.’”