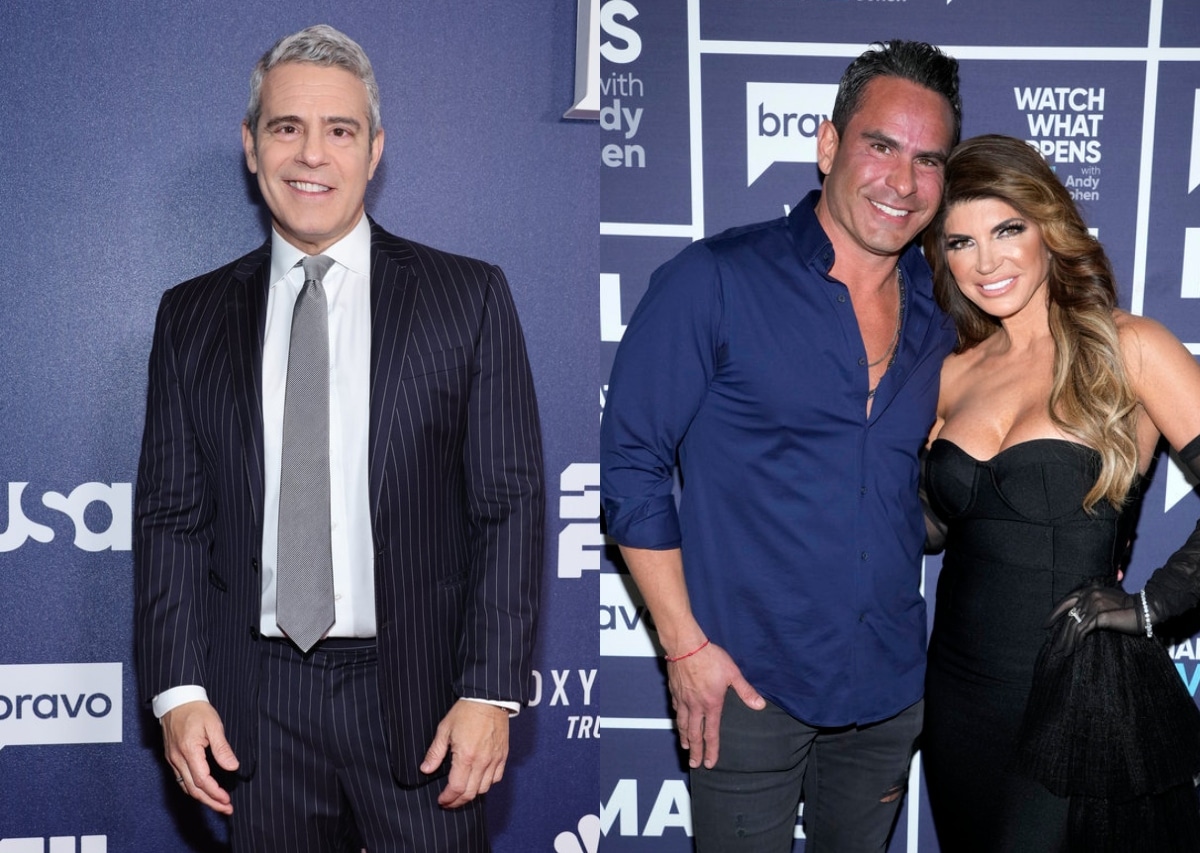 When Teresa Giudice and Luis Ruelas walked down the aisle on August 6 at the Park Chateau Estate in East Brunswick, New Jersey, Andy Cohen was nowhere in sight.

Although other Bravolebrities were present, including Dolores Catania, Jill Zarin, Cynthia Bailey, Phaedra Parks, Jennifer Aydin, Dorinda Medley, and Kenya Moore, the Watch What Happens Live host was missing from the Real Housewives of New Jersey cast member’s big day and seemingly failed to offer her a public congratulations. However, he did send her a text.

During the September 21 episode of Teresa’s new podcast, Namaste B$tches, via Heavy, Teresa confirmed Andy sent her a message about how much he “loved” her hair shortly after her wedding photos hit social media.

According to Teresa, she didn’t do a trial run with her wedding hairstyle. Instead, her look, which consisted of a half-ponytail with extensions, curls, and a large crown, was put together on the day of, taking her hairstylist more than 3-and-a-half hours to create.

“Not everyone, you know, you’re going to have people that like it and people that don’t. But that’s with anything in life,” Teresa noted of the look, which quickly became an internet meme.

While Andy didn’t offer a public congratulations to Teresa after the RHONJ star’s wedding, he did react to her look publicly by re-sharing a cartoon art creation from Drunk Drawn, who depicted an exaggeration of her over-the-top look, on his Instagram Story.

“‘Alexa, play Hair by Lady Gaga.’ We are SHOOK by the look, right? Teresa’s hairstylist woke up on the morning of August 6th and chose violence. Then the sinister gay put a crown on it! But, hey, Teresa pulled it off…? We only want the best for our numero uno table flippah. Louie, I’m watchin’ YOU, boy. Congrats to the happy couple! And it sounds like there was PLENTY of drama behind the scenes and you know me…I love mess!” Drunk Drawn’s caption stated.

In addition to sharing the art on his Instagram Story, Andy also posted the pic on Twitter as he confirmed Teresa’s hairstylist would be joining him on his radio show to discuss the look, which cost $10,000 and required 1,500 Bobby pins.

The Real Housewives of New Jersey season 13 is expected to premiere on Bravo sometime early next year.