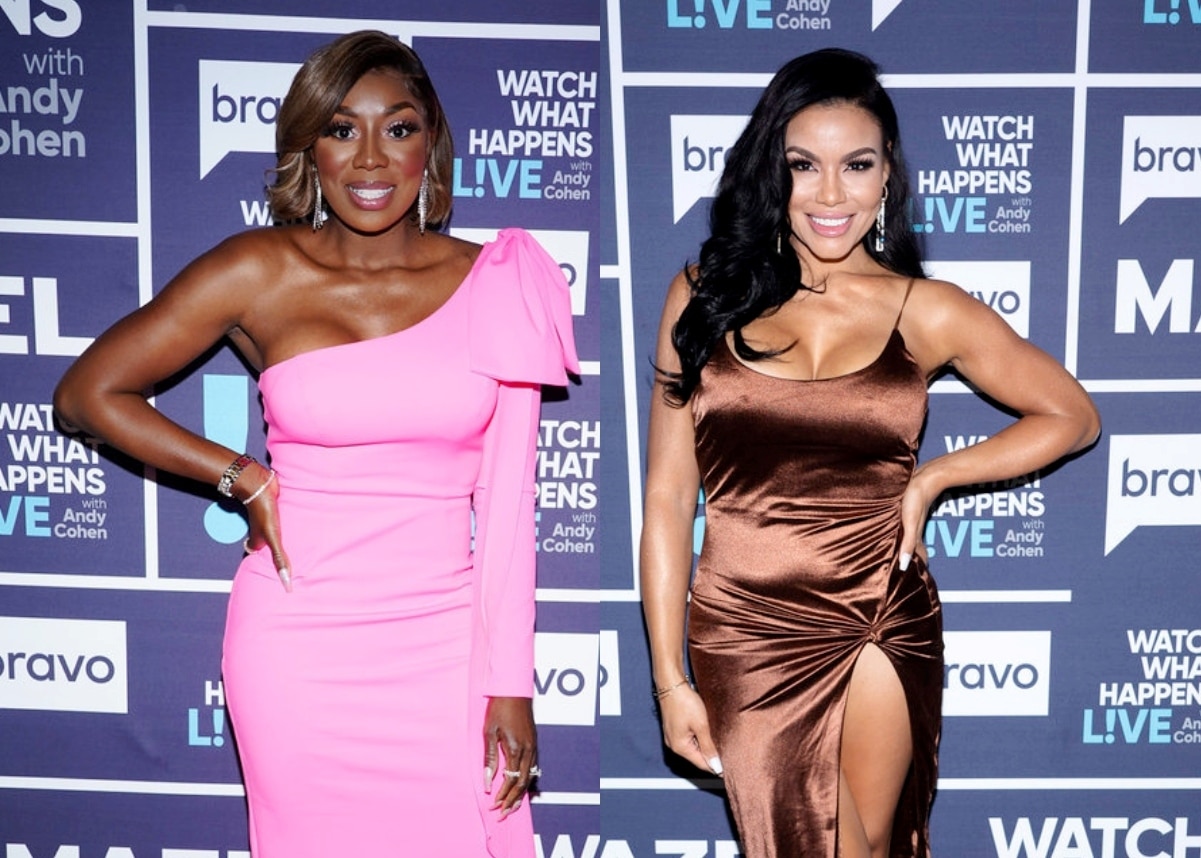 The Real Housewives of Potomac star Mia Thornton has one or two enemies. One of them is Dr. Wendy Osefo, at whom Mia threw a drink (according to a season 7 trailer).

Another nemesis is Jacqueline Blake – who was recently brought on the show as Mia’s ‘friend.’ Unfortunately, their friendship seemed to end during filming, and now they’re no longer following each other on social media.

On Instagram, Mia shared an anti-violence post, along with a video that allegedly shows Jacqueline in a domestic violence incident.

“I’m taking a stand to NOT condone violence,” wrote the 37-year-old, shared by Queens of Bravo. “I will never deliberately inflict pain on another. None of it is ok, no one deserves to be treated this way.”

After reading the post, Wendy then expressed, “Girl, I know YOU not talking about “not condoning violence”. You threw a drink on me and hit me with your purse multiple times—breaking 3 nails in the process.”

She ended the post by calling Mia the “poster child for violence.”

Mia soon responded to Wendy’s message. “You are absolutely right! And I own that I was wrong,” she said. “I won’t pretend to be perfect. I feel terrible for acting that way and I take Self- Accountability.” 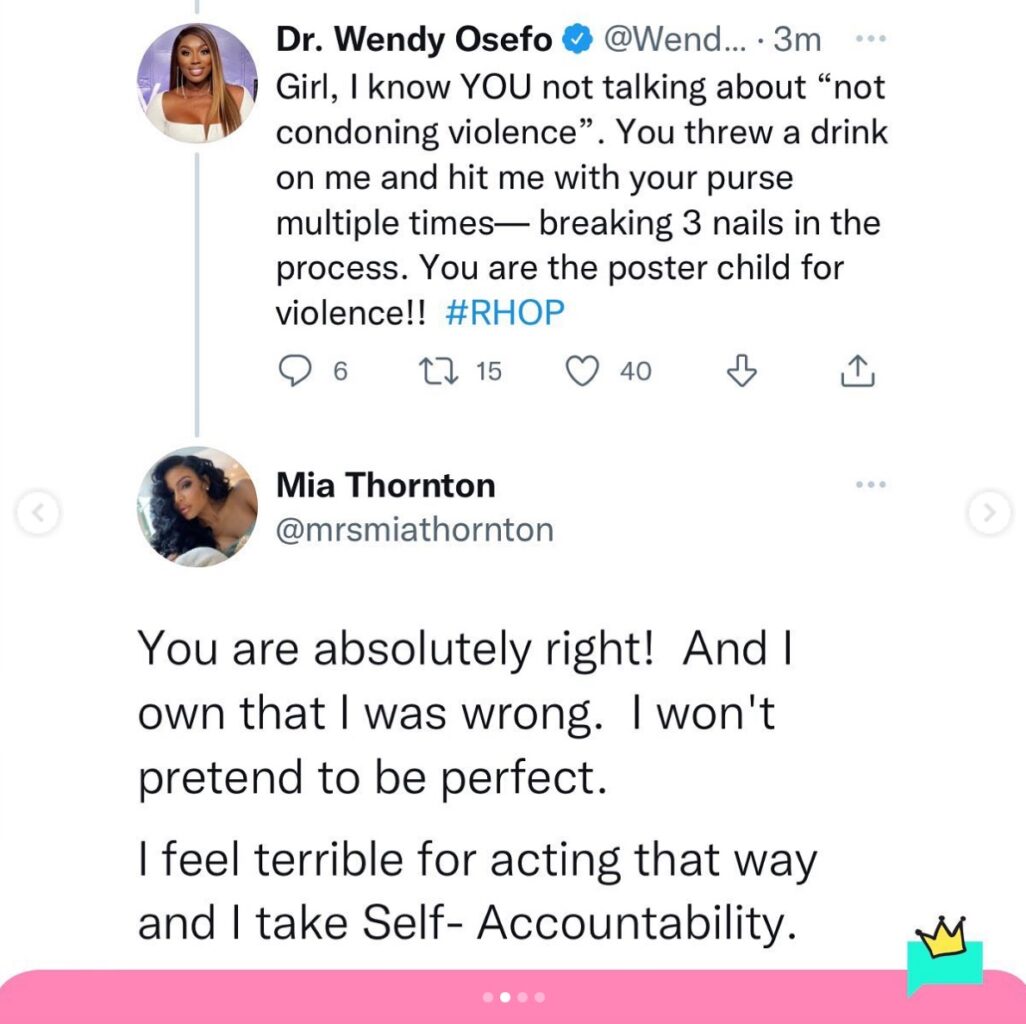 Castmate Candiace Dillard also entered the chat, writing, “Mess!!!!” before joking, “We really can just skip to the reunion at this point. We’ll tell you what happened.” 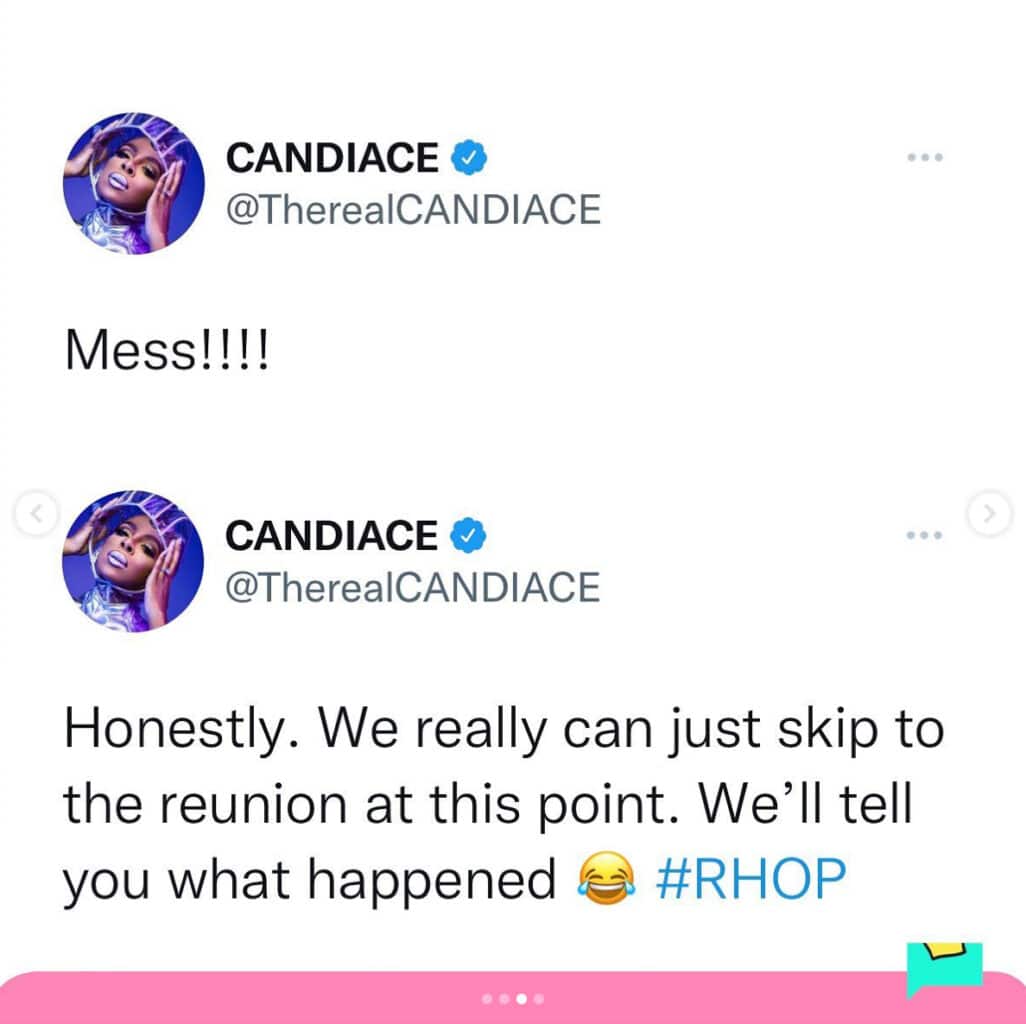 Jacqueline herself then wrote a post which seemingly called Mia out.

“Ouch you got me! I guess I learned from the best!” wrote Jacqueline. “Housewife? Nah sis Im college educated, own my own home, land and have my own career.”

She went on to say, “We different. Says the fake boss who clearly doesn’t own zilche. Your a FRAUD. And as GUTTER as it gets. Focus on your own MESS.” 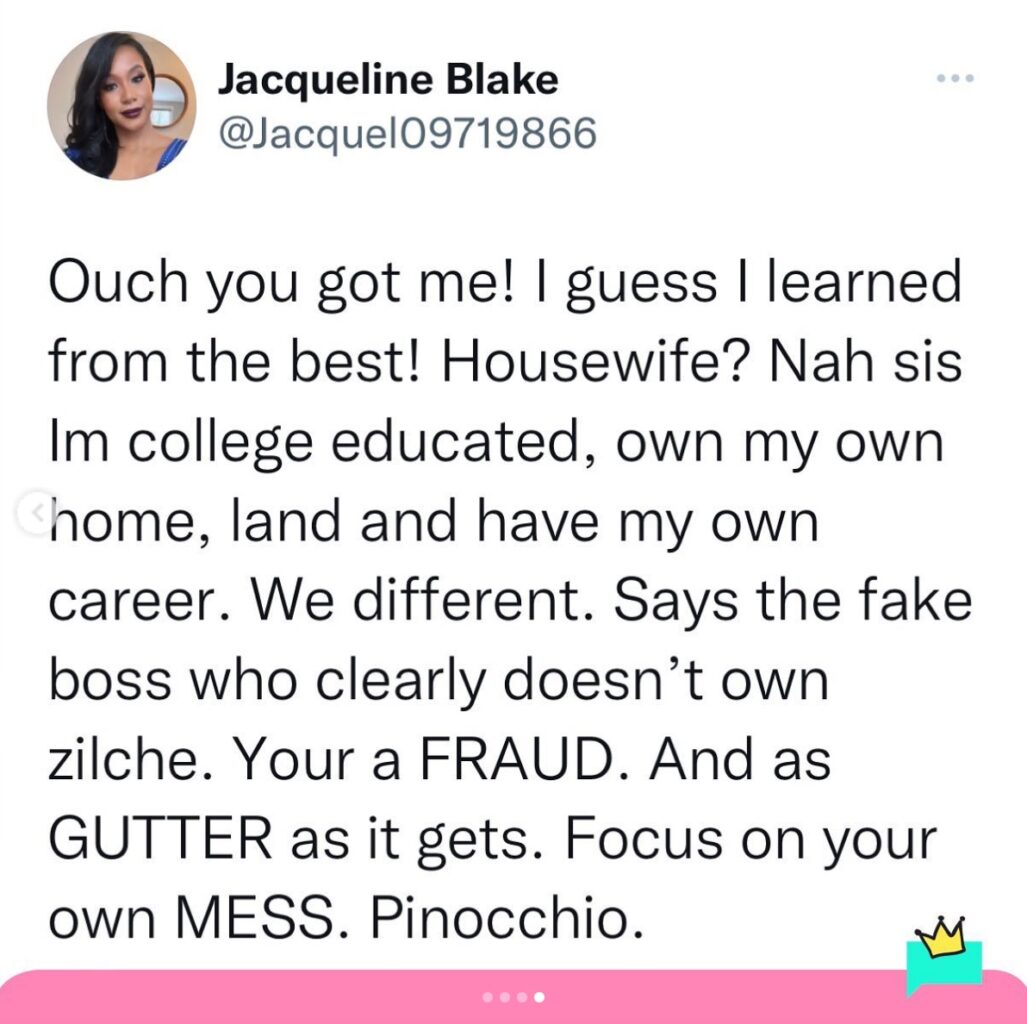 On the current season, Mia and Jacqueline are still friends, and the drama that triggered their demise is yet to be seen.

RHOP Live Viewing – This is also the live viewing thread for tonight’s all-new episode of the Real Housewives of Potomac season seven, so feel free to comment and chat below as the new episode airs at 8/7c on Bravo.