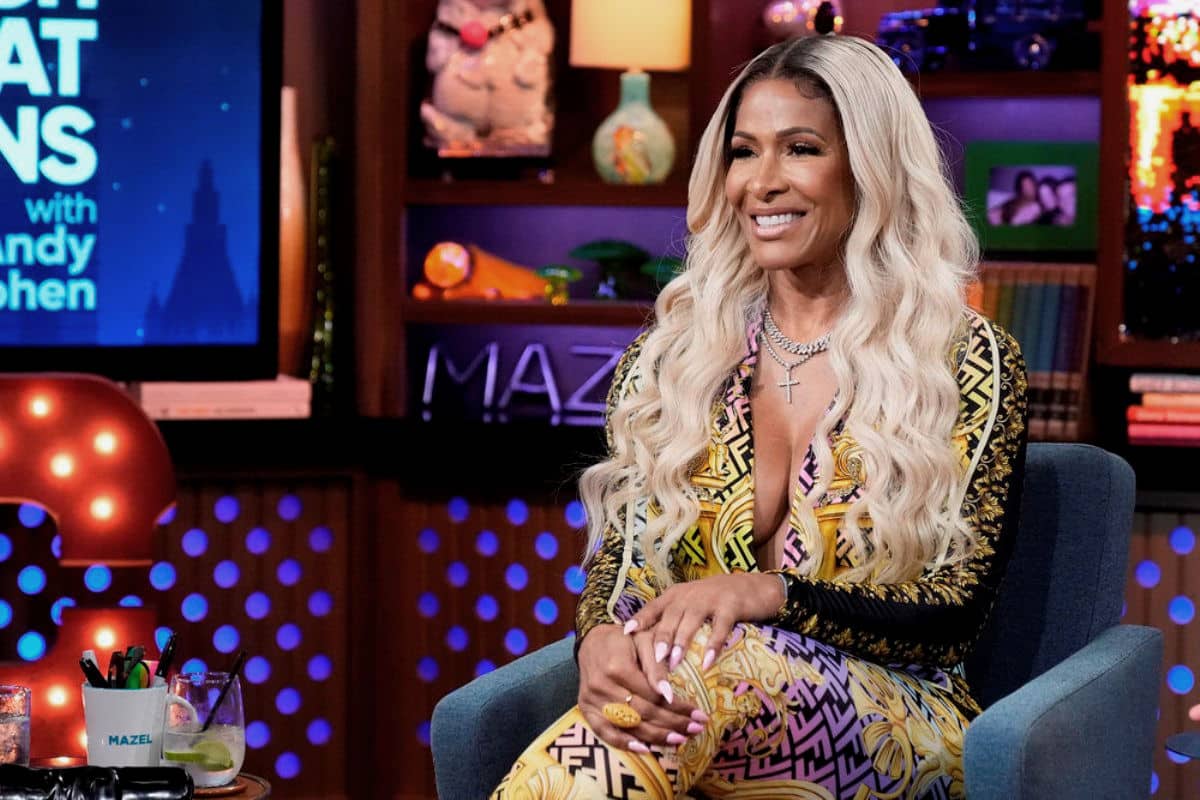 Sheree Whitfield finally launched her She by Sheree brand on Sunday amid the Real Housewives of Atlanta finale. But unfortunately, all the buzz surrounding the debut caused her website to crash.

As co-star Kenya Moore teased the release of even more She by Sheree products and Andy Cohen showed support for the brand on his Instagram Story, Sheree was forced to address the crash as she thanked her fans and followers who were able to purchase her new releases.

“Due to the overwhelming interest in She by Sheree the influx of love is crashing the website!! But please understand it’s being worked on so continue to check back in within the next 24 hours. We [are] working to get this quickly resolved. We wish to serve you soon. Thank you for your interest,” Sheree wrote in a statement on September 4.

“Thanks to the customers whom we were able to serve so far tonight,” she added. 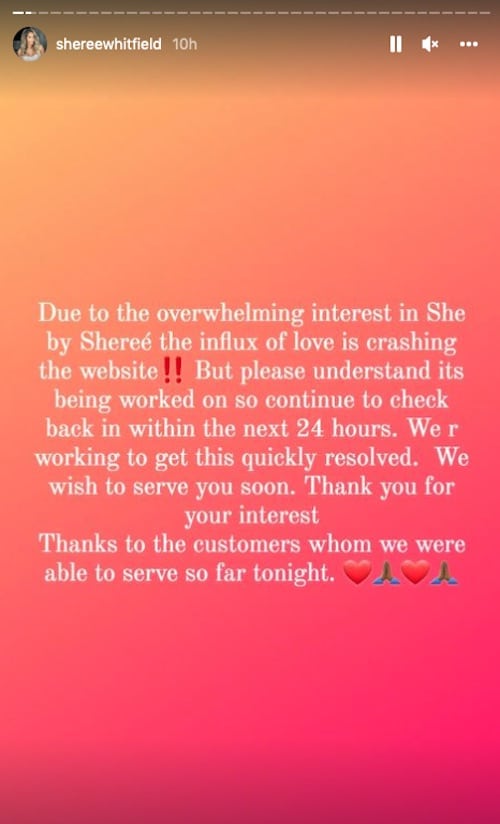 And the same message was shared to Sheree’s website.

“She By Sheree has finally launched online which has caused her website to crash!” the Real Housewives Zone on Instagram shared with their followers.

They then shared a screenshot taken of the website when it as live.

“[Two] of her products on offer are the VPL Jogger for $125 and The Trina Two Piece Set will set you back $130,” the outlet revealed. 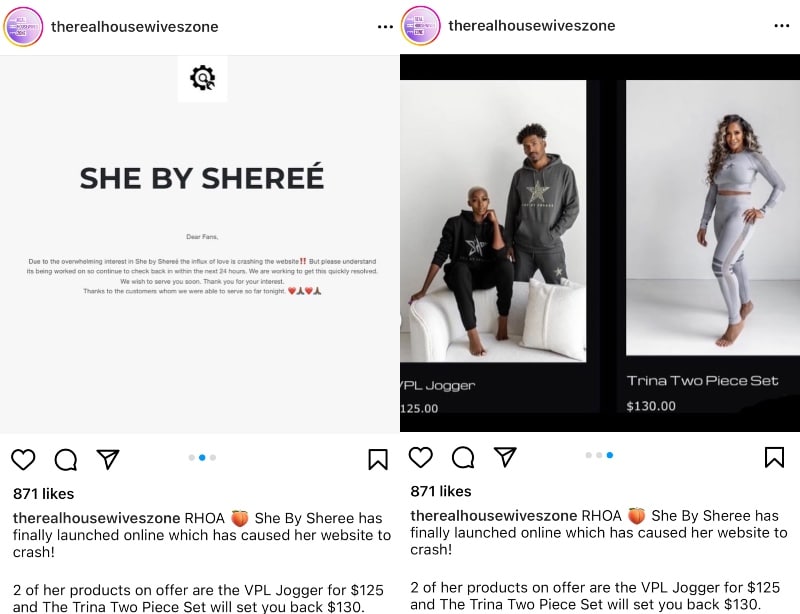 While Sheree’s website remained offline for some time, it ultimately came back. And, around the time that it did, Kenya told her fans and followers there would be “more styles later in the week.”

“UPDATE: The Web site is up and running! We’ve got fashions! And according to Kenya’s stories, there will be more looks later in the week,” Queens of Bravo shared on their Instagram page. 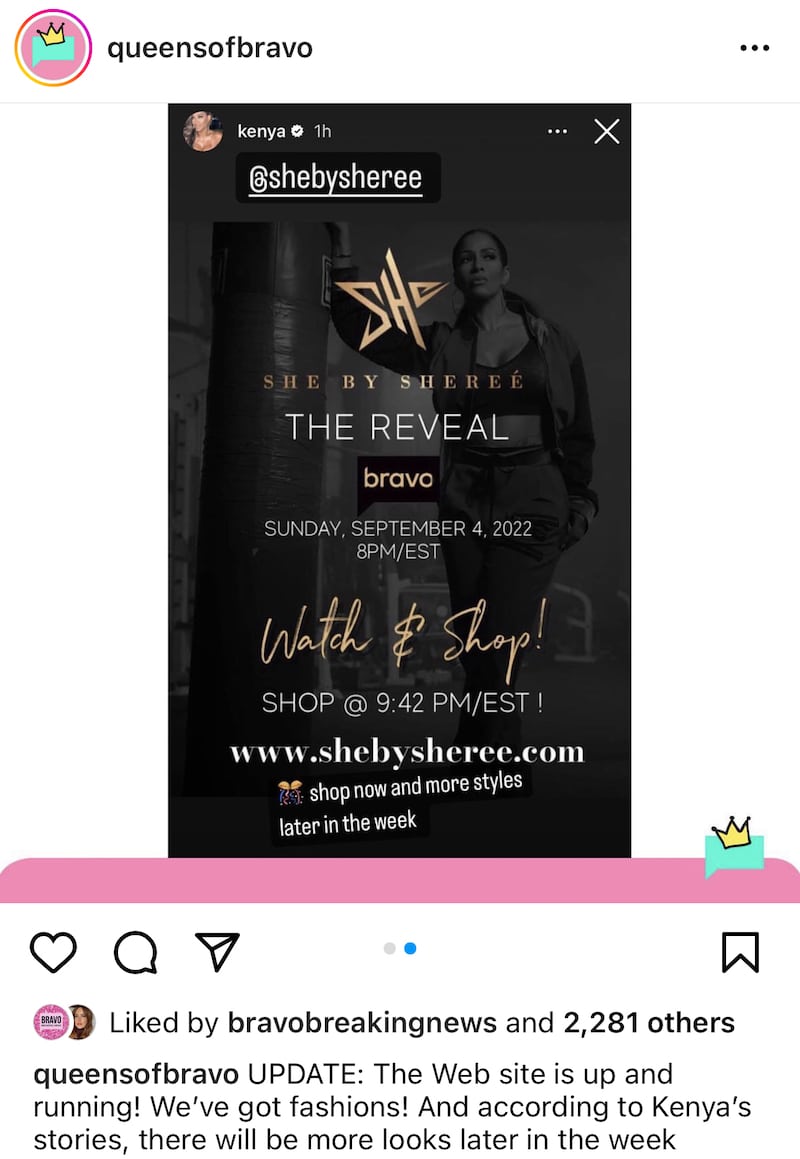 Prior to the airing of the RHOA finale, Andy told his fans and followers was the “best” episode “in years.”

“I’m so excited for you to see it. I truly laughed [and] cried,” he stated.

“It made me very emotional! So much was on the line and I’m excited for everyone to see how it turned out,” Sheree replied. 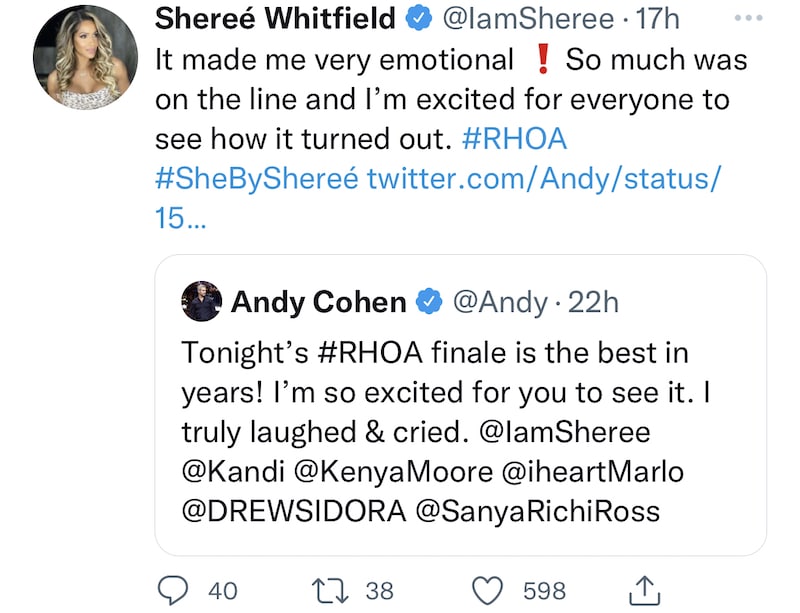 Andy also showed support to Sheree on his Story by wearing one of her sweatshirts.

“He… By Sheree,” he wrote in the caption. 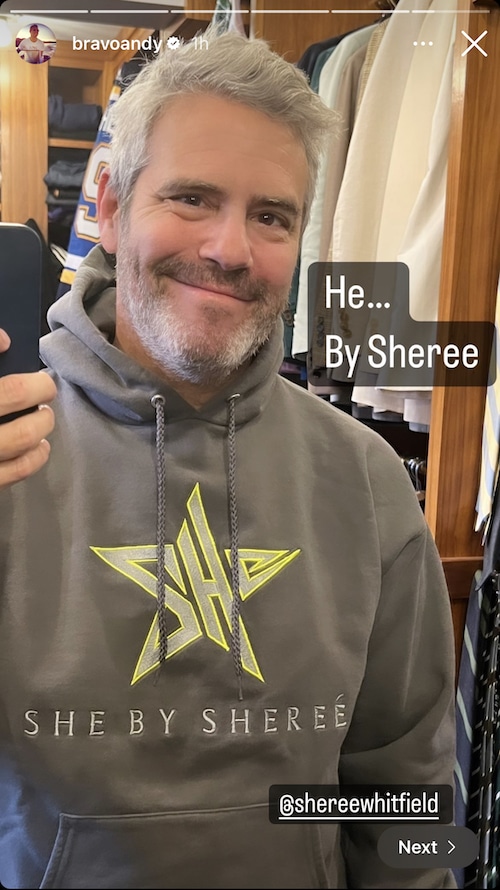 Meanwhile, on Kenya’s Twitter page, she applauded Sheree for putting on a great fashion show.

“I wish you guys could have seen the entire show it was phenomenal,” she tweeted.

The Real Housewives of Atlanta season 14 reunion begins airing next Sunday, September 11, at 8/7c on Bravo.