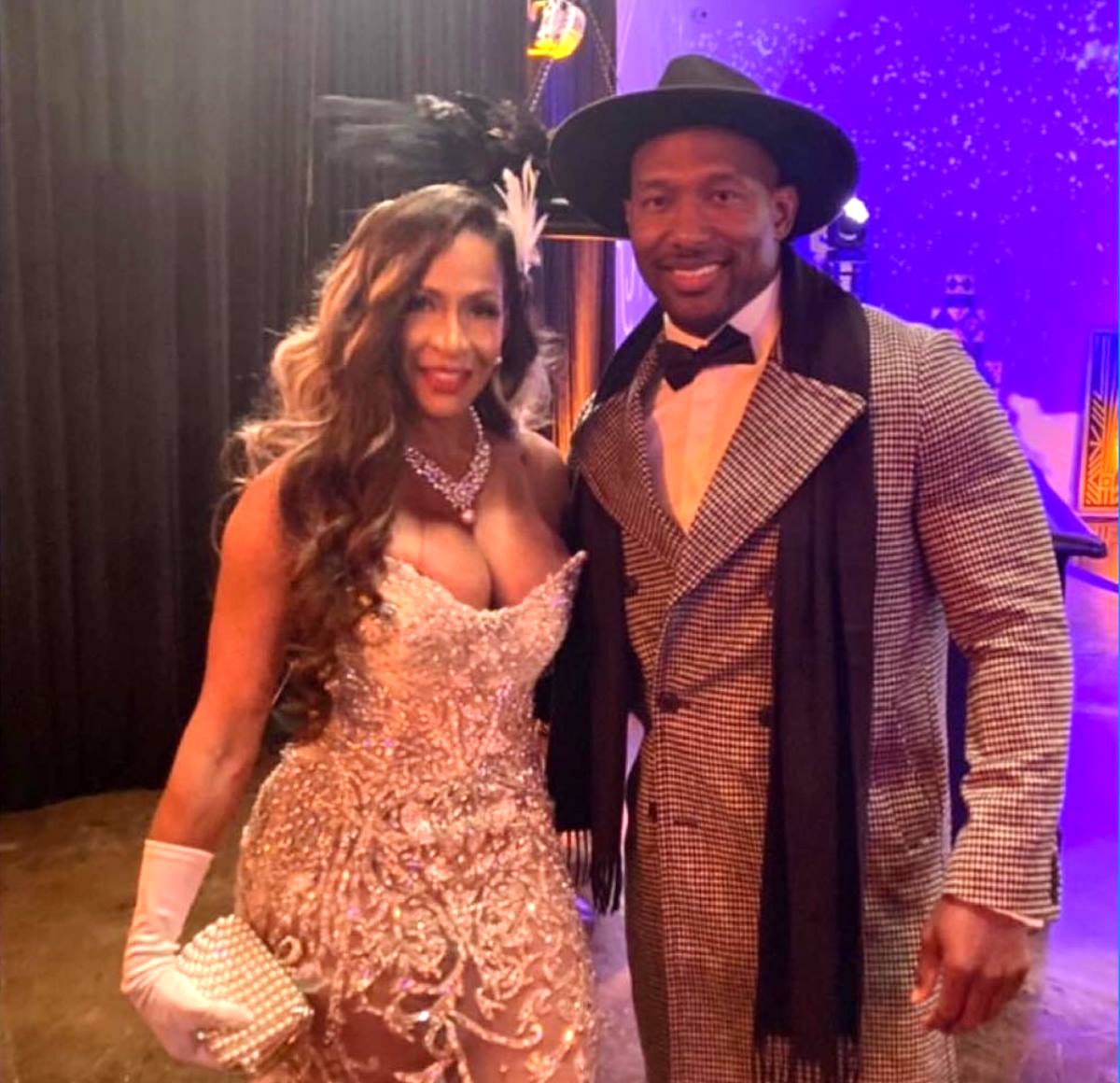 Sheree Whitfield and her Real Housewives of Atlanta castmates attended their first group event of season 15 over the weekend and during the bash, which honored Sanya Richards-Ross‘ husband, Aaron Ross, on his 40th birthday, Sheree debuted her new romance with Martell Holt.

In a series of photos shared on social media, Sheree and her co-stars, including Kandi Burruss, Kenya Moore, Marlo Hampton, and rumored newbie Janell Stephens, were seen in their 1920s bests.

“Here we go, y’all. The Real Housewives of Atlanta is currently filming SEASON 15,” the Bravo Guru shared on Instagram on October 9. “The first group event took place last night. The event was hosted by Sanya and was a Roaring 20s Birthday party to celebrate her husband Ross’s 40th Birthday.”

“In attendance at the event were Sheree, Kandi, Kenya, and Marlo who will all be returning as full-time housewives next season,” the outlet continued. “The rumored new housewife, JANELL STEPHENS, was also present at last night’s group outing. Her role on the new season has yet to be determined.”

As RHOA fans may recall, Sheree and Martell first sparked rumors of a romance over the summer, after Sheree was infamously stood up by former boyfriend Tyrone Gilliams amid season 14. And, while both Kandi and Drew Sidora have expressed doubts in the authenticity of the relationship, they appeared to be going strong on Saturday night.

More events from the birthday party, including a pic of Janell and her husband, Dr. Johnny J. Stephens Jr., can be seen below, via Bravo Guru.

Back in September, amid season 15 cast rumors, reporter Anthony Dominic revealed that all of the ladies from season 14 were expected to return.

“It’s [RHOA] time. I’m told ALL the ladies from this season were given offers to return. That doesn’t mean they all will. Producers are looking to add [two to three] new girls as well, but are not sure about full-time as they have to see how they test when filming with the ladies,” Anthony tweeted at the time.

He then said that “there have been discussions” about bringing Porsha Williams back to the show, although “nothing has been offered to her yet.”

The Real Housewives of Atlanta season 15 will premiere on Bravo sometime in 2023.