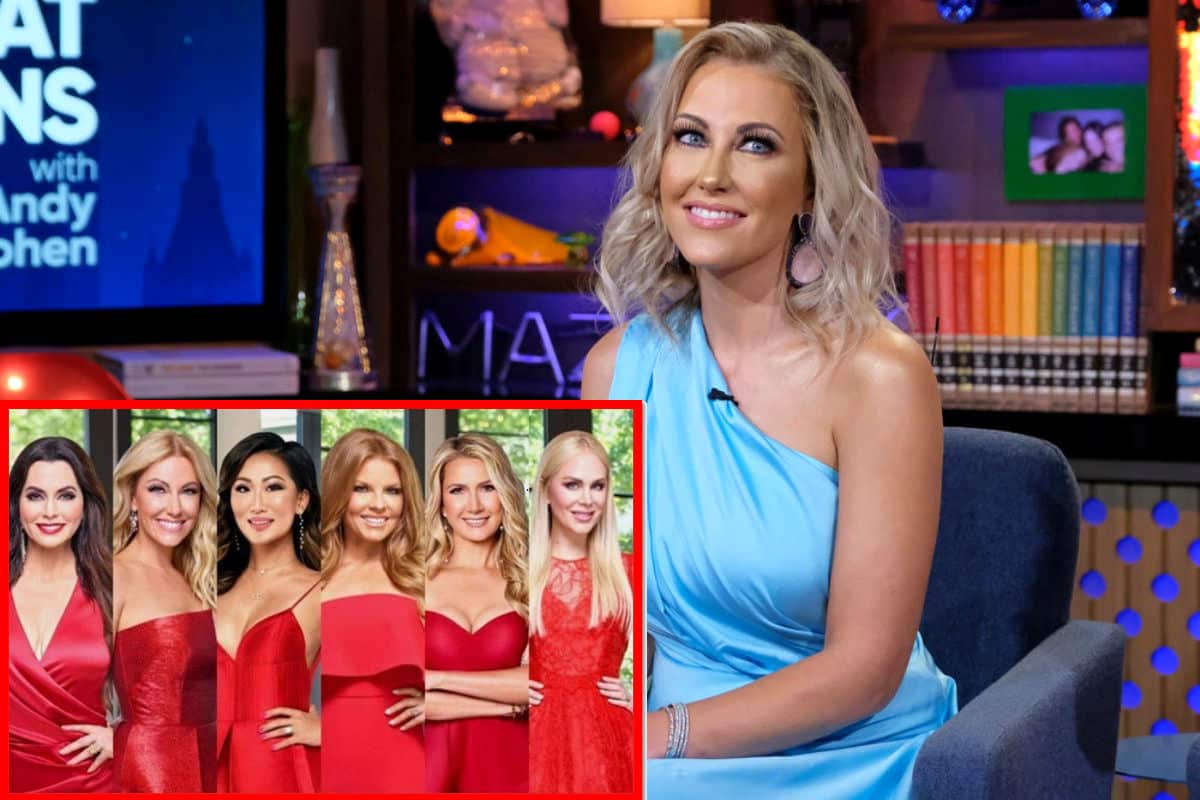 Stephanie Hollman responded to questions about the rumored reboot of The Real Housewives of Dallas on her Instagram Story on Tuesday night as reports suggested the series’ potential sixth season would be announced at this weekend’s BravoCon event.

Hours after it was alleged that RHOD season six would be announced, possibly by D’Andra Simmons and her mom, Dee Simmons, amid Watch What Happens Live‘s Dynamic Duos panel, Stephanie reacted to the claims.

“Are you getting ready for BravoCon?” one fan asked on October 11.

“No y’all. How did this rumor get started?!” Stephanie replied. 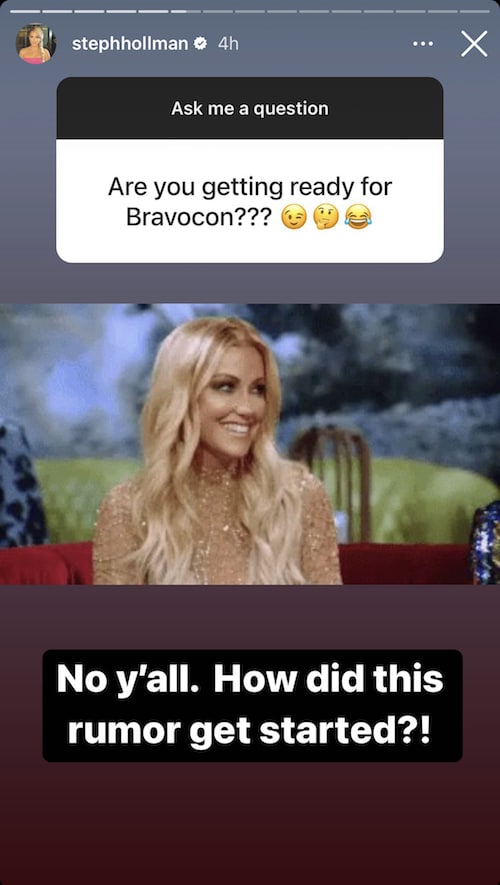 Then, another fan said that Bravo accounts were reporting news of an RHOD reboot.

“Is this true?” they wondered.

But Stephanie didn’t have a definitive answer.

“Ok- I will always be honest with y’all. I do not know where the rumors started with this or if it’s true at all,” she admitted. “I only know my truth. I am super appreciative of my time on the show and to everyone at Bravo {they have all treated me so well and I have no complaints).”

Stephanie went on to note that she would not be attending BravoCon and said she has not yet spoken to Bravo in regard to a reboot.

“[I] promise that if things change then you will know because it’s hard to hide film crews in Dallas. Thank you guys all for the super sweet messages of support, your kindness never goes unnoticed,” she added. 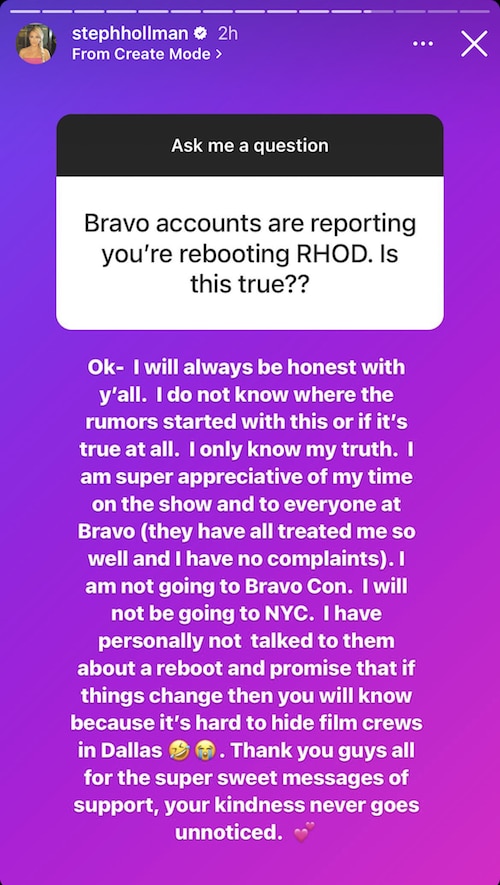 Although Stephanie will not be in NYC for BravoCon, D’Andra and her mother confirmed their arrival on Tuesday.

“Such an incredible dinner [at Caravaggio Restaurant] in NYC tonight with [Dee Simmons]… We couldn’t have asked for a better first dinner in the city,” she captioned a pic of the two of them with another woman.

Also on social media, former RHOD cast member LeeAnne Locken shaded her ex-co-stars as uninteresting and suggested she was necessary to the potential reboot by sharing a series of re-tweets.

“Part of the problem with RHOD is a lack of interesting personalities. LeeAnne was the only one who stood out because she gave zero f-cks about… well, anything lol. The rest all were in the mix and easily forgettable,” one of her retweets read. 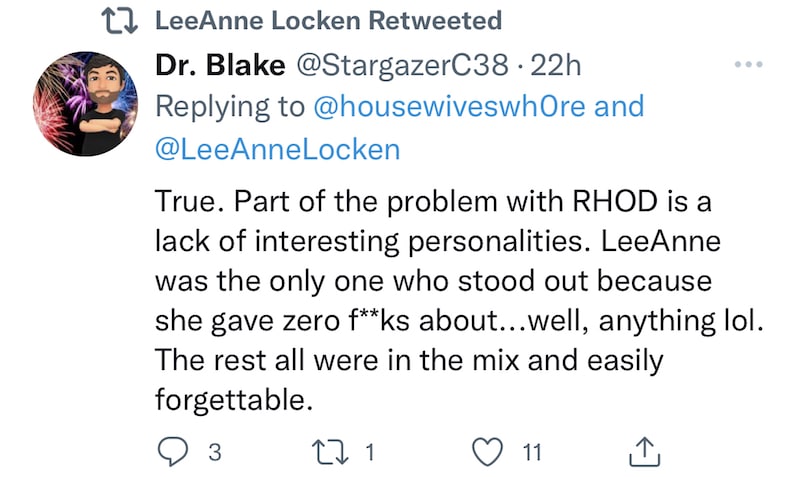 Then, after another person mentioned the rumors, saying a “[RHOD] reboot will be announced at [BravoCon] and [Stephanie Hollman] and [D’Andra Simmons] are the only two returning,” LeeAnne posted a second retweet that said, “There ain’t no [RHOD] without [LeeAnne Locken].” 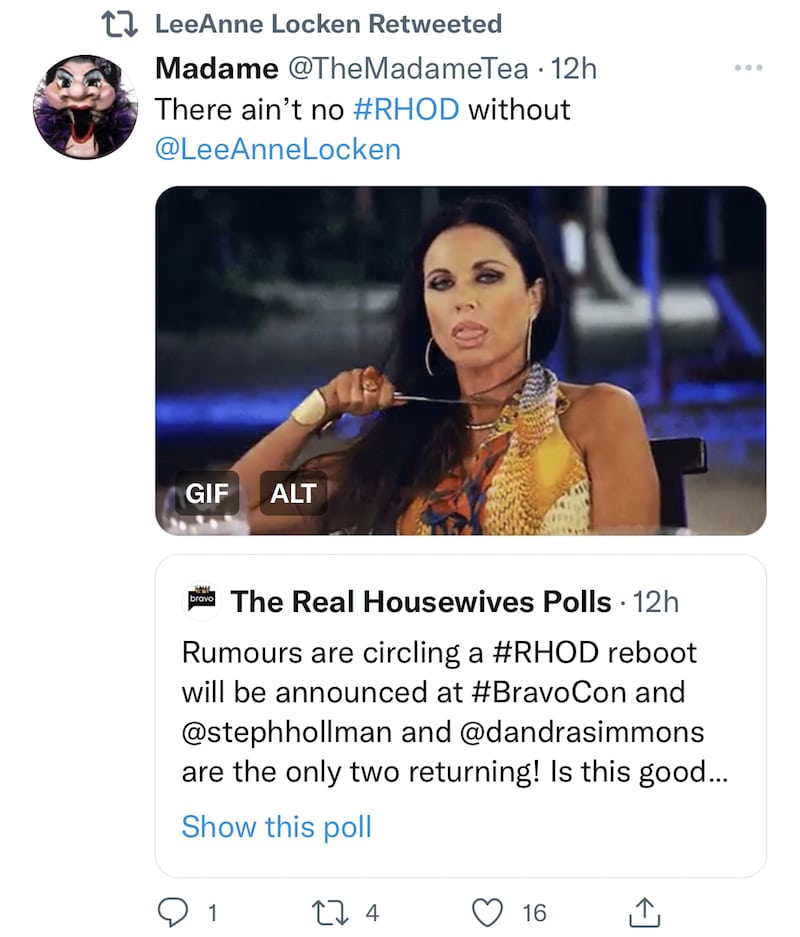 The Real Housewives of Dallas began airing in April 2016 and aired its most recent episode in May 2021.