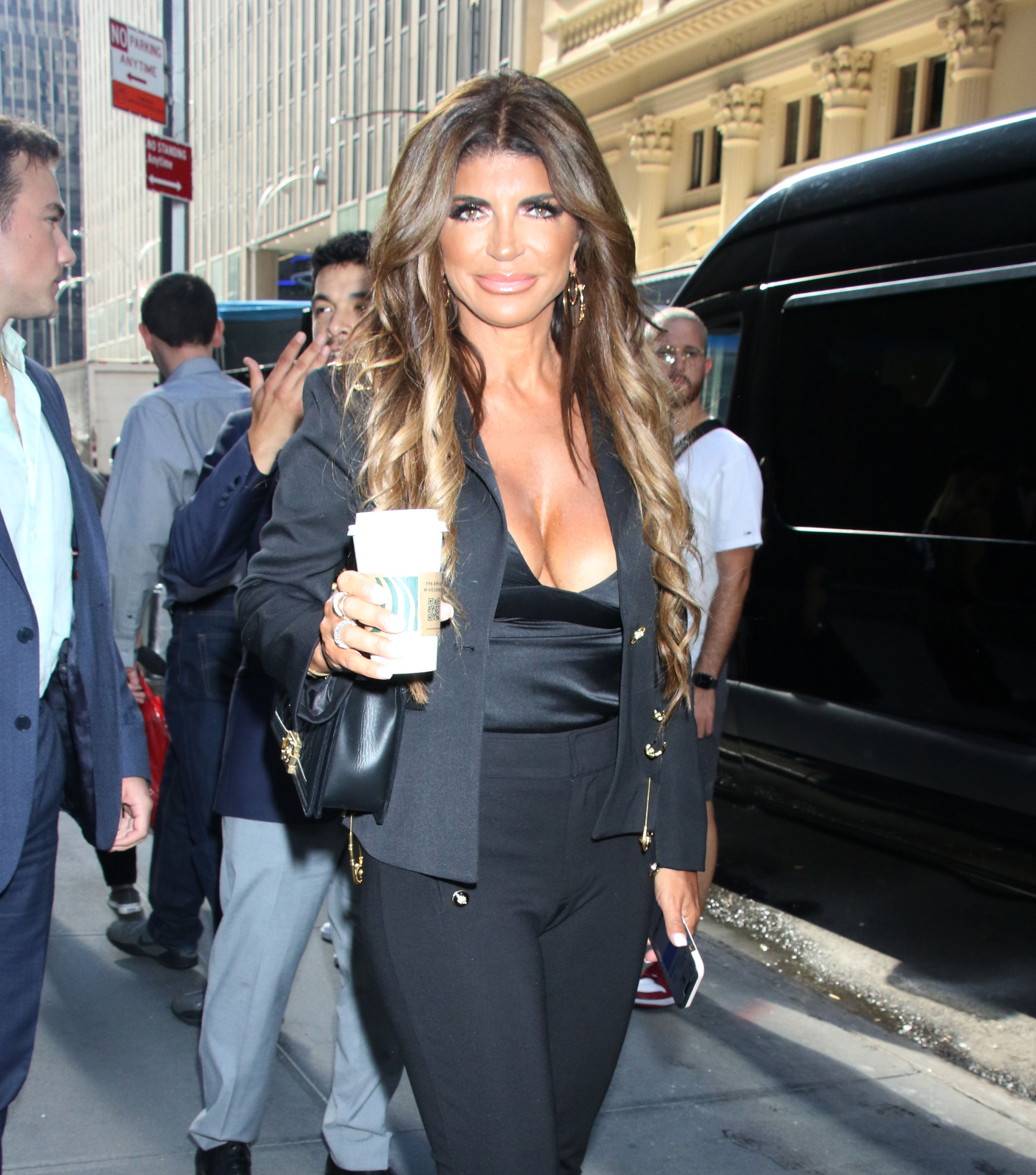 On Monday night’s episode of Dancing With the Stars, Teresa Giudice was eliminated from the competition. The 50-year-old star, an original castmate on Real Housewives of New Jersey, lost her spot in the second week.

The judges gave Teresa and her partner Pasha Pashkov a score of 23/40 – one of the worst during “Elvis Night.” In her first week, Teresa was also placed in the bottom two, but managed to escape elimination. Her fate on September 26, however, wasn’t so lucky.

“Listen, it was an amazing experience. I had an amazing partner,” said Teresa after getting eliminated, in an interview with Page Six.

“Finally, my dream came true. I’ve always wanted to dance,” she explained. “I did two dances in front of a live audience and it was pretty amazing. It was great.”

Teresa and her partner were given the ax after judge Len Goodman voted to keep actress Cheryl Ladd.

She went on to say it was “all good.”

“I wanted to win the mirrorball … but you know what? There’s a lot of amazing dancers on this show, so I knew I wasn’t going to [win],” she expressed. “When I saw my competition, I’m like, ‘I’m definitely not winning it.’ But I tried!”

The star added, “I just got married and then I started doing ‘Dancing With the Stars,’ so it’s like I left my husband … I felt really bad, so at least now I get to go home and spend time with [him], ’cause I am a newlywed.”

When asked which ‘Housewife’ she’d nominate for DWTS, Teresa answered “Jennifer Aydin,” and shared that her castmate showed up to encourage her. “I was going to ask Cynthia [Bailey] to come next week but … too late now.”

Dancing With the Stars airs Monday nights at 8:00 ET on Disney+.